Whenever thinking about Portugal, we are automatically transported to a cosy memory of a beautiful sunny blue sky, pristine white sand beaches and the warmest & inviting weather. The attractive climate in Portugal and its more than 300 days of sunlight is indeed a fact, but it is also correct to say that Portugal has a winter season that needs to be acknowledged. Following the Northern Hemisphere’s four seasons, the three winter months in Portugal are not as hard as in northern European nations, and it begins from December 21st to March 20th, bringing it down to 10° Celsius (50° Fahrenheit) average mild weather.

Located at the Westernmost point of Europe, Portugal has mild weather, with the average annual temperature varying from 5°C (41°F) to 27°C (80.6°F), and minimum weather hardly getting below 1°C (33.8°F) or reaching maximums above 33°C (91.4° F). It is safe to say that as South you go in Portugal, the hottest it will be, so if you are on the run from cold places, the best you can do is to settle in the Algarve region, where the temperature varies between 12ºC (53.6°F) in winter and 30ºC (86°F) in summer. Contrary to fellow northern European nations, Portugal presents a mild winter where the temperatures rarely go under 10ºC (50ºF) unless in some specific northern regions or at the mountains located at the centre of the country (Serra da Estrela).

When we speak of winter in Portugal, we will most certainly agree that the great enemy won’t be the low temperatures, but immense humidity. As the country is located close to the Atlantic Ocean, humidity can be a big problem during the winter period. However, this problem can be overcome if we take some precautions, such as using a dehumidifier or investing in a newly renovated home. As Portugal is a very old country (one of the oldest in Europe), some properties in the historic centres date back many years, and even centuries, which makes isolation measures from humidity and cold outdated. This problem has already been solved in most large centres, where recent constructions follow the new technologies of insulation and central heating.

Keep reading our article and get to know where to go in Portugal during the winter season.

Is the Algarve cold in winter?

The Algarve is famous for its hot weather and outstanding beaches, some of them considered the bests in the world, which can be very inviting even during the summer. Although the region’s “must have” is not very attractive in winter, the area has another hotspot to attract visitors during the cold season: Golf. With more than 40 golf courses spread through deluxe resorts, the sport is considered the symbol of the Algarve. Worldwide known as a significant destination for Golf players, the sport’s high season takes place in September, October, November, February, March, and April, exactly when the beaches became less attractive. The Algarve changes its attractions at that moment, from a paradisiacal destination known for its beautiful beaches to one of the best places in the world to practice golf. Even though the chill temperature stays around 12 ºC, the mild weather blends with the sunny blue sky, combining the best of two worlds: the cool climate and a shining day.

More about the Algarve:

Does snowfall in Portugal?

Despite the mild winter present in the country’s majority, Portugal has regions where you can see adverse weather with massive snowfalls and ice storms. These events mainly occur in the central region mountain range known as the Serra da Estrela and its surrounding cities. However, other places in the north of Portugal have a register of snowfall, such as the cities of Guimarães and Braga. In the North region, the minimum average temperature was registered in February, at 2.4 ºC (36.32°F).

The Serra da Estrela Mountain range is where you can find the depth of winter in Portugal. The season can be unpleasantly cold if you plan to stay in a chiller place. In this area, the temperatures at night can easily get below zero degrees celsius (32ºF), with the minimum average temperature for both January and February standing at 1.7 ºC (35.06°F). At the mountain’s highest point, nearly 2 thousand metres high, visitors can have fun at the ski station where the practice of the winter sport is celebrated by its enthusiasts. The location is called Torre da Serra (due to its two observatory towers) and it is a famous touristic destination for those looking for a cold adventure. Together at the area, you will find the ski station, where you can also enjoy the car cable connecting the low part of the mountain with the Towers, and a market destinated for artisanal products from the region.

Is Lisbon cold during winter?

Even though Portugal has a cold winter in some of its regions, you will not see snowfalls in the capital. This phenomenon only happens rarely in Lisbon, the year 2006 being the last time it was recorded when the thermometers marked 0.5 degrees in the capital - before that it only snowed in Lisbon in the years 1954 and 1945.

Portugal indeed has a great variation in its temperatures throughout the days. Even on the coldest winter night, when the temperature reaches low temperatures, during the following day the sun will bring the warm. It is not difficult to see variations from 2°C (35.6°F) at night to daytime temperatures of 20°C (68°F).  Lisbon has another advantage to facing hard winter days: its urban density. The medieval architecture in Lisbon can help during the winter period, as the narrow streets bring together buildings, concentrating the city hitting in a smaller area. The only big inconvenient part about winter in Portugal is the rain. If you pass the winter in Portugal, it is likely that you will face some strong and deep raining days. However, the same fast way it starts, the fast it goes away. Unlike other countries and their endless fog during winter periods, the rain in Portugal will stay just for a couple of hours until the blue sky appears again and pull up the temperature.

Is Portugal a hot or cold country?

Portugal is known for being one of the hottest countries in Europe, alongside the Mediterranean countries. Even in winter, Portugal guarantees a mild temperature far from extremes - as seen in northern European countries. Despite some mountainous regions displaying concentrations of snow during the most severe winter time, Portugal also has areas where the climate is pleasant throughout the year. One of the outstanding advantages of Portugal is that even during the coldest days of winter when average temperatures can vary between zero and 10 degrees Celsius, the blue and cloudless sky will be there. This particular situation differs Portugal from other European Countries and makes the environment more pleasant for its residents, it is a significant positive characteristic and a gain in quality of life.

A Portuguese winter can be extremely enjoyable, with no chances of heavy snow or worrying about stuffing your luggage with that big winter jacket. Just be sure to bring the essentials: a pair of sunglasses, and - maybe - an umbrella. 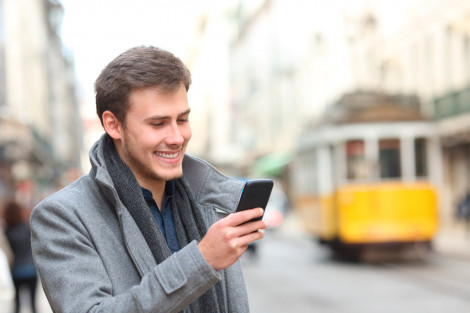 Portuguese Government Offers Free Translation Services to Foreigners
Through the past years, Portugal has been The Hotspot for expats looking…