Portugal in 6th place among the World’s Safest Countries

Portugal in 6th place among the World’s Safest Countries

A sixth place in the Global Peace Index (GPI) 2022 ranking is a testament to how Portugal enjoys a balance of unique characteristics that makes it truly special. Even more so, considering that the current year shows a considerable global peacefulness level drop, declining to the lowest level in 15 years. Considering the historical ranking, Portugal has always stood in a good position among the top 10 countries, having even stood as the third safest country in the World for two years consecutive (2019 and 2020).

The GPI, produced by the Institute for Economics & Peace (IEP), ranked in 2022 a total of 163 independent states and territories, which represents 99.7 per cent of the world’s population. Using 23 qualitative and quantitative indicators from respected sources, the GPI measures the state of peace across three domains: the level of societal Safety and Security; the extent of Ongoing Domestic and International Conflict; and the degree of Militarisation. In the past decade, the Global Peace Index has presented trends of increased global violence and less peacefulness.

In assessing peacefulness, the GPI investigates the extent to which countries are involved in ongoing domestic and international conflicts and seeks to evaluate the level of harmony or discord within a nation. Ten indicators broadly assess what might be described as safety and security in society. They assert that low crime rates, minimal incidences of terrorist acts and violent demonstrations, harmonious relations with neighbouring countries, a stable political scene, and a small proportion of the population being internally displaced or refugees can be suggestive of peacefulness.

According to IEP, Europe remains the most peaceful region in the world, embracing seven of the top ten safest and most peaceful countries in 2022. Even though since February Europe faces a war on its land, the Russian invasion of Ukraine, the continent keeps a high ranking on safety when compared with other countries. The conflict had repercussions within the GPI, showing that at least 6 European countries (that share a border with Russia or Ukraine) presents deterioration in their peacefulness. These countries declined in indicators such as political instability and neighbouring countries’ relations.

Europe holds 14 of the 20 most peaceful countries, and only one country is not ranked in the top half of the index. Of the 36 European countries in the GPI, 24 recorded an improvement in peacefulness between 2021 and 2022. European countries account for 18 of the top 25 countries in the 2021 Global Peace Index, with Iceland being the highest-ranking country in the region and also globally. Iceland remains the most peaceful country in the world, a position it has held since 2008. It is joined at the top of the index in terms of safety by countries such as New Zealand, Ireland, Denmark, Austria, and Portugal.

In a year where the average level of global peacefulness deteriorated by 0.3 per cent on the 2021-2022 Global Peace Index, this is the eleventh deterioration in peacefulness in the last fourteen years, with 90 countries improving, and 71 deteriorating, highlighting that countries deteriorating much faster than they improve. However, Portugal kept its overall score and sixth place, which is a statement of the country’s peace and stability. Portugal has been ranked in the Top most peaceful countries in the world according to the GPI, since 2016.

Portugal has been considered by official entities as a great tourist destination and a very safe country to travel to, with its southern region, the Algarve, getting elected World’s Leading Beach Destination in 2021. Being one of the oldest nations in the world, the small but respectful country of Portugal enjoys a balance of unique characteristics that makes it truly special. It stands as a gateway to Europe on the southwest side of the continent, welcoming people from different corners of the world for centuries. We’ve compiled a complete guide on why you should move to Portugal.

Despite being the world’s most peaceful region, Europe has experienced its share of political and economic unrest over the past year. For instance, Greece recorded the largest improvement in the region and is now ranked 53rd overall, with significant improvements in violent demonstrations, perceptions of criminality, UN peacekeeping funding and nuclear and heavy weapons. While Turkey continues to be the least peaceful country in Europe, it recorded a small improvement in peacefulness, largely driven by improvements in nuclear and heavy weapons, deaths from internal conflict, UN peacekeeping funding and terrorism impact. Estonia also had the largest deterioration in peacefulness in Europe, falling six positions to rank 33rd in the overall GPI, due to the Russia & Ukraine conflict, and also because of protests against administrative measures enacted to contain the COVID-19 pandemic. Portugal has remained with little civil unrest during the past years.

A significant factor for people that wish to live in Portugal with their families is to find the best schools with the necessary educational resources to guarantee that their children don’t end up losing steps in their education. Within the Portuguese education system, some options fit every budget (public, private and international schools). However, if the plan is to ensure that this education is in a multicultural setting, then international schools might be the best option. Moving to a new country brings a unique set of challenges, so it is good for the expats that chose to live in Porto, Lisbon and even the Algarve region to know that several educational options allowing their children to learn in their native language while also learning Portuguese.

Above all, the unavoidable Covid-19 pandemic hit the whole World affecting the average level of peacefulness. The Schengen agreement was put temporarily out of effect and we’ve seen some European countries into turmoil, particularly the UK, Italy and Spain, countries that have seen their health services strained due to the Coronavirus infections spread across their citizens. Portugal faced the COVID-19 challenge with the values of peace and unity that have kept Portugal together for its more than 900 years of history, and have even been considered, for some time, the country with the most vaccinated population in the world.

During the difficult time, Portugal managed to build great infrastructures and communication paths across its whole continental and autonomous regions, welcoming many expats and visitors. These factors are pivotal when deciding to apply for residency by investment and why many investors are looking to live and invest in one of the safest and most peaceful countries in the World.

The pandemic caused several changes in how society operates and business is conducted in most countries. The GPI rankings report highlights that countries with strong Positive Peace have higher resilience to absorb, adapt and recover from social shocks, and the ensuing recession. So, it is with this in mind that Portugal remains in the top ranking of the Global Peace Index, making it a positive factor for resilience and recovery.

As mentioned above, Portugal is a country that has recently attracted more interest from expatriates from all walks of life. The affordability and warm weather, as well as the recent strength of the healthcare system during the pandemic, are making the country popular for clients to invest in. The economic development above the Eurozone and highly skilled professionals also make Portugal an attractive destination to do business, while high-end education and great quality of life attract families wanting to relocate here. This position is justified by the increased investment of the country in policing activities and organization between the several different police forces, including the Immigration Authorities.

Portugal is becoming more and more a residency destination for foreigners. This information is confirmed by the Immigration Authorities with the Immigration and Asylum Report. According to the report, the number of foreigners residing in Portugal continues to increase every year. For instance, in 2018 there was an increase of 13.9% from the previous year. In 2019 this number reached +22,9% surpassing half a million for the first time in the country’s history, followed by +12,2% in 2020 and +5,6% in 2021, reaching 698.887 foreigners residing in Portugal.

The country’s economic success can be credited to mainly tourism as well as its two “twin engines” of investment: the Non-Habitual Residency and the Portuguese Golden Visa programme. In recent years, people have been relocating to Portugal also thanks to the Mediterranean wonders the country offers, and the possibility of having the most favourable tax schemes in the EU. It becomes important to mention that Portugal holds a strong passport and one of the bests healthcare systems in the world!

If you are considering moving to Portugal or investing in order to qualify for the Golden Visa, our experts at Portugal Homes are here to guide you through the best citizenship-by-investment opportunity! Learn about the Portugal Golden Visa Programme with CEO & Managing Director, David Poston with a step-by-step guide on the 2022 Portugal Golden Visa Regulations. 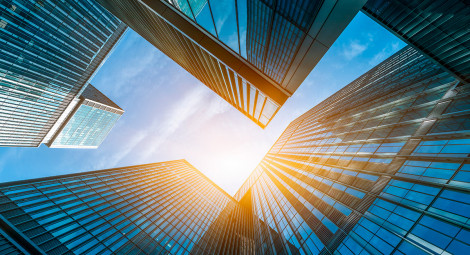