The Portuguese Non-Habitual Resident program boosts Portugal to become the best retirement haven in Europe. It is also quickly becoming a hotspot for the French, British, German, and Scandinavian professionals looking to benefit from the reduced taxes and tax-free pensions regime that the program offers.
NHR regime focuses on two sets of people: Retirees that are receiving pensions from overseas and Professionals that are either employed or self-employed, that are willing to receive their income completely tax-free for 10 consecutive years and help the Portuguese economy.

Some of the most important advantages of being a non-habitual tax resident in Portugal are:

Advantages of NHR Status in Portugal

No tax of private pensions

If you’re an active Manager, Architect, Engineer, Medical Doctor, Dentist or have another high-value profession, and choose to live and work in Portugal, you’ll receive a fixed 20% taxation on tax regime for the period of 10 consecutive years.

Since most double tax treaties give exclusive taxation rights to the country of residence in effect your pension, dependant or independent income could theoretically end up being tax-exempt in Portugal.

You get to live in one of the most peaceful countries in the world and the Best European Destination since 2015.
A country where the sun shines for three quarters of the year, with great beaches, mountains and golden plains. As well as vibrant cities and plenty of history to revisit.

How to Qualify for NHR If you are a national of a European Union country, Iceland, Liechtenstein, Norway or Switzerland and you remain in Portugal for a period of more than 3 months, you must request a Registration Certificate (Certificado de Registo) from the City Council of your area of residence. This document formalizes your right to reside in Portugal.
After you have held a registration certificate for five consecutive years, you may request a Permanent Residence Certificate (Certificado de Residência Permanente) from the Foreigners and Borders Service (Serviço de Estrageiros e Fronteiras).

Register at the local tax office as a tax resident in Portugal. To do so you must have remained in Portugal for more than 183 consecutive, or non-consecutive days, or possess a home in such conditions that can lead to the assumption that is intended to be kept and occupied as your habitual residence. As soon as you’re registered at the tax office as a tax resident, you’ll receive your Portuguese taxpayer card. After the card is emitted, you’ll be able to apply to the Non-Habitual Resident program.

Portugal Homes has very experienced and knowledgeable professionals working with some of the most established and reputable developers Portugal has to offer. Our vast experience allows us to guide you through the best investment choices.
Whether you want a holiday home or an investment property, we select the best units for your profile and take care of all the process from start to finish. Even after the sale! Our After Sales services assume the responsibility of furnishing your property at your taste, taking care of the property in your absence, managing the rentals if you wish to rent your property when you’re not in Portugal and so much more!

We have had a great experience with the after-sales service form Portugal Homes! Mariana has gone out of her way to assist us in challenging circumstances. We would not hesitate to recommend Portugal Homes to potential buyers. 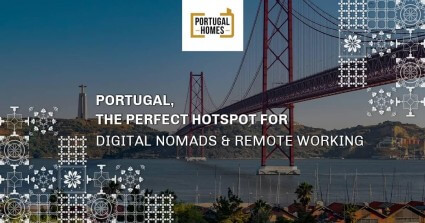 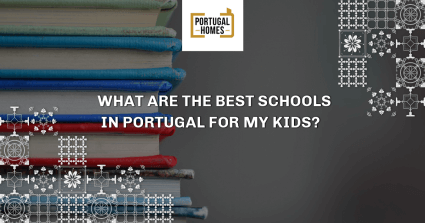 What are the best schools…

Are you moving abroad?Organizing a relocation is not something you should do on your own.…
03
Feb