The Global Peace Index (GPI) 2022, a report produced by the Institute for Economics and Peace (IEP), puts Europe as the Safest Region in the World. The document measures the relative peaceful position of nations and regions. As a highlight, the GPI presents the European region as the most peaceful region in the world, embracing seven of the ten most peaceful countries (see the list below).

The GPI document is released every year by the IEP with the purpose to rank countries in the world, from the safest to the most dangerous. In assessing peacefulness, the GPI investigates the extent to which countries are involved in ongoing domestic and international conflicts. The organisation seeks to evaluate the level of harmony or discord within a nation to measure which is the safest country in the world to live in.

The GPI assert countries with low crime rates, minimal incidences of terrorist acts and violent demonstrations, harmonious relations with neighbouring countries, a stable political scene, and a small proportion of the population being internally displaced or refugees. The report uses a total of 23 indicators measuring the absence of violence or fear of violence. According to the IEP, the indicators were originally selected with the assistance of the expert panel in 2007 and have been reviewed by the expert panel on an annual basis, making the ranking accredited worldwide.

The indicators are broken down into three different categories: Militarization; Social security and safety; and ongoing domestic and international conflict, which together give the country the final score for the ranking.

Continue the read and find out from the list of the safest places around the world below!

Top Safest Country in the World

Heading at the top of the list of the Safest countries in the World, a position held since 2008, Iceland is well known for its high quality of life. The Nordic island nation presents exotic landscapes such as volcanoes, geysers, hot springs and lava fields, and a rich cultural heritage that dates back to the Vikings’ time.

Located in the southwestern Pacific Ocean, New Zealand is an island country formed by two mainland territories and over 700 smaller islands. Its area covers 268,021 square kilometres, being one of the largest island countries in the world. It is the only non-European country along the top Safest Countries in the World, according to the GPI.

The 2022 Index shows New Zealand as the most peaceful country in the region and the second most peaceful country overall. The country recorded a slight improvement in its score, as a result of a decrease in incarceration rate, military expenditure and terrorism impact. The improvements were recorded across all domains except for Ongoing Conflict, which remained stable between 2021 and 2022.

The Republic of Ireland is located on the island of Ireland, close to the coast of England and Wales. The country presents an amazing green landscape giving it the nickname of “Emerald Isle”. Its cultural heritage is full of rich history, which you can see represented by its medieval castles across the country. In 2022 Ireland joined the select group of Safest Countries in the World and stands in the top 3 at the GPI ranking, after Iceland, and New Zealand.

This amazing Scandinavian country is famous for its rich culture and amazing architecture. Its capital, Copenhagen, presents to those who visit it fantastic places such as royal palaces, a medieval core of cobbled streets, and a rich cultural heritage. Denmark is located in the Jutland Peninsula and possesses numerous islands in the region.

The country never fell above the fifth position in the GPI ranking for several years and in 2022 holds position number four. Also, Denmark has been named the world’s happiest country on numerous occasions and remains, in 2022, at position number two in the ranking made by the UN World Happiness Report.

The Republic of Austria is a country located in the southern part of Central Europe, situated in the Eastern Alps. It is a federation of nine states, one of which is the capital Vienna, the largest city and state by population. Austria is famous for its medieval castles, amazing palaces and cathedrals, along with other ancient architecture built during the reign of Habsburg. The country is also a major destination for winter sports, such as skiing or snowboarding, and every year presents an amazing Christmas market.

Portugal is located in the southern region of Europe, on the Iberian Peninsula, and on its border, there is just Spain. Although located in the South of Europe, Portugal is not bathed by the Mediterranean, yet by the Atlantic Ocean, which geography influenced Portugal in many aspects that vary from culture to weather.

The Algarve’s beaches are a major tourist destination, attracting foreigners from all over the world.

Portugal also has a powerful history, especially when we talk about the Discovery period when the country built an impressive maritime empire. Portugal has been developing incredibly in the past decades, becoming a major expat destination.

Europe is the Safest Region in the World

According to IEP, Europe remains the most peaceful region in the world, and its region embraces seven of the top ten safest and most peaceful countries. Even though since February 2022 the Region faces a war on its land, the Russian invasion of Ukraine, Europe keeps a high ranking on safety when compared with the rest of the world.

The conflict had repercussions within the GPI, though. The 2022’s results show that at least 6 countries in Europe that share a border with Russia or Ukraine present deterioration in their peacefulness. These countries had deteriorations in indicators such as political instability and neighbouring countries’ relations.

In 2022 Portugal appears number 6 on the list of the safest countries in the world, according to the Global Peace Index (GPI), a report that ranked 163 countries, produced by the Institute for Economics and Peace (IEP). For the past years, Portugal has always stood in a good position among the top 10 countries, having even held the third position of the Safest Country in the World for two years in a row (2019 and 2020).

Along the top Safest Countries in the World, Portugal is the most affordable.

Compared with the four European countries that come before in the GPI rank, Portugal presents some very attractive characteristics. While Iceland, Ireland, Denmark and Austria are well known for their long and hard winters, Portugal´s fame comes from its good weather, paradisiac beaches and friendly population. Another huge attraction is the cost of living in Portugal. If you compare Portugal with the other four countries, the difference between the amount you need to pay is enormous.

Back to the natural beauties that Portugal has to offer, for instance, the Algarve Region, located in the South of Portugal, was elected World’s Leading Beach Destination in 2021.

Its amazing soft climate, with plenty of sunlight throughout the year, makes the region very pleasant. The weather allows you to discover its gorgeous coastline against which the ocean presents itself with all colours available in the blue spectre. Almost always calm and warm, it invites for a long swim or to try some nautical sports. Most of the 4 million tourists that travel to the Algarve each year enter through the internationally well-connected Faro’s Airport.

Portugal is a great place for investment

If you are not yet convinced by Portugal, what about the investment possibilities that the country offers?

Recently the real estate market is growing exponentially in Portugal, transforming the country into an investment destination worldwide respected. One of the easiest and most profitable investments is the Portuguese Golden Visa Programme. Not only to guarantee a good profit return but also to provide a residency-by-investment to the investor, The programme is one of the most popular in Europe and the world, because of its relatively affordable property prices (one of the lowest of all EU capitals).

It is important to inform that all third-country citizens may apply for a Residence Permit for Investment, as long as they conduct an investment activity, as an individual business person, or through a company set up in Portugal or in another EU Member State.

The Portuguese Golden Visa Programme is also extended to the investor’s family members, including the spouse and children (as long as they are younger than 18 at the time of application, or enrolled in studies and supported by the investor). In certain circumstances the investor’s parents and/or in-laws, as long as you can demonstrate that they are in need of financial support, can also be included in the programme.

Portugal is in 4th place among the World’s Safest Countries
The cost of living in Portugal
Portugal, the 4th Best Country to Retire
Living in the Algarve 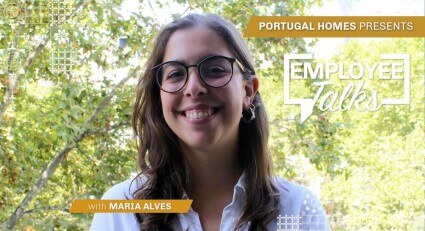 The cost of living in Portugal - It can be cheaper than you think!
The recent history of Portugal shows how the number of expats has been…