For the first time in history, Portugal gets close to the surprising mark of seven hundred thousand (698,887) foreigners with residence permits. This represents 6,8% of the country’s resident population, which in the 2021 census marked 10,3 million inhabitants. The growing foreign population is easily explained by the economic trend that Portugal is currently experiencing, being one of the most attractive European capitals for investment and living.

A recent study published by the Portuguese Migration Observatory, in December 2022, shows that in 2021 the foreign population reached close to 700,000 residents, which represents 6.8% of the resident population in Portugal. According to the analysis, the unprecedented number of immigrants is positive and a great reinforcement of the workforce in Portugal, to the level that some sectors of society would collapse if this immigrant level was not as high as it is. Although the growing foreign population in Portugal seems to be high, the country stays only at the eighteenth position among the 27 countries in the European Union with foreign residents - for comparison, Luxembourg leads this list with 47.2% of foreigners in total residents.

The percentage of a foreign population in Portugal can look small when compared with other leading countries, but it is actually in a growing wave. When we observe the period between 2017 and 2018, Portugal was ranked 21st in the list, but in the last three years, Portugal has begun to recover, rising two more positions to eighteenth place. According to the study, this upgrade in the foreign population reflects the attractiveness of the country towards other European destinations. The low cost of living when compared with the main capitals in Europe is a great feature that attracts especially digital nomads looking for an update in their lifestyle.

Another explanation can be the Golden Visa Programme, a possibility for non-EU citizens to acquire a residence in Portugal through real estate investments. The programme, one of the most stables and profitable in the European Union, is an excellent attractiveness of Portugal to a foreign population.

The Best Places To Live in Portugal as an Expat | Portugal Homes
Best Countries for Dual Citizenship & Second Passport in 2022
Most Powerful Passports in the World in 2022, Ranked
Moving to Portugal and Living as an Expat Guide

It is important to acknowledge that recently Portugal became a great destination for expats, digital nomads and international investors looking for a stable and profitable country to place their investments in. The new nickname of Portugal “California of Europe”, says it all; a safe country, with amazing hot weather, stunning pristine beaches, and a boiling cultural scene, all this together makes Portugal the ultimate hotspot for foreigners looking for the finest place to live. The friendly population, great universal health, public schools, and receptive policies are likewise elements that may define Portugal among the best destinations for a foreigner to live and grow roots. Even the language is not a great barrier, since Portugal has one of the biggest English populations in Europe, and offers a free translation service available through a simple phone call. Portugal became the ultimate country for a foreign to live and grow roots. 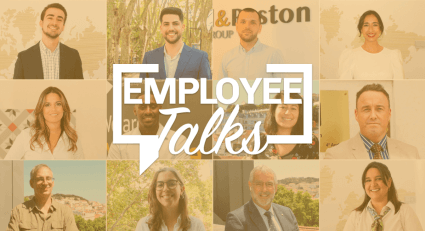