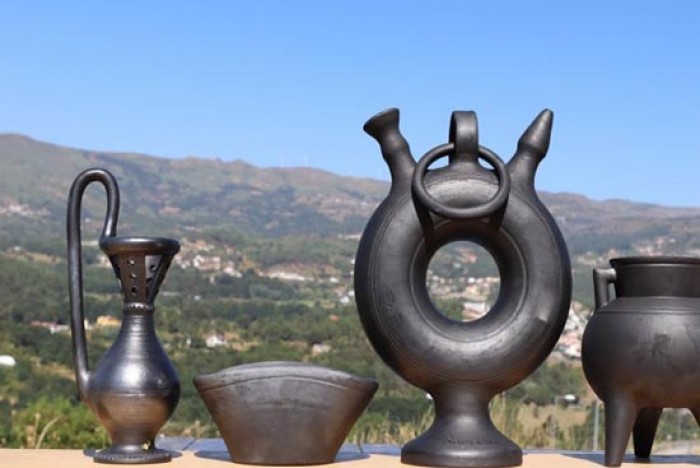 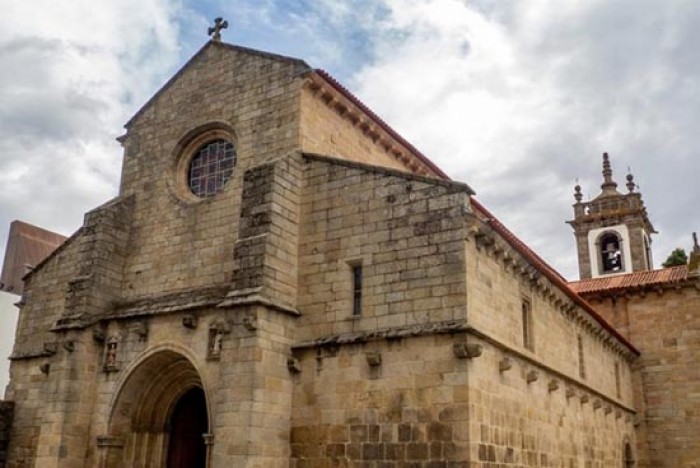 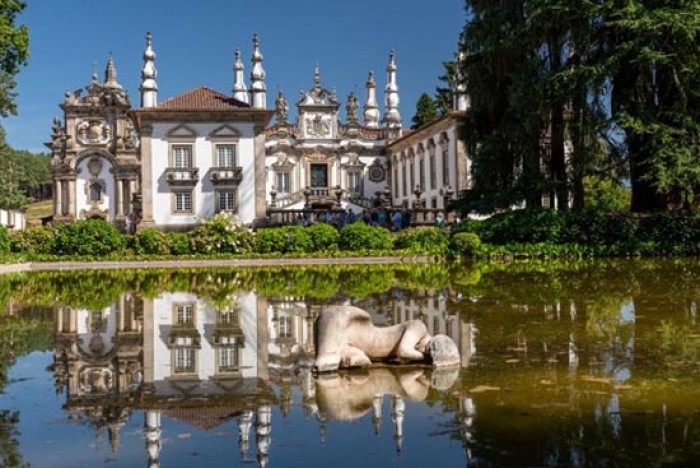 Vila Real is a quiet yet vibrant city in north-eastern Portugal, located at the foothills of the majestic slopes of Serra do Marão. Vila Real was established in 1289 by King Dinis and played a significant role in Portuguese history and has long had a strong association with the Portuguese royal family.

It was the birthplace of Diogo Cão, the first European to cross the Congo River, and António da Silveira Pinto da Fonseca (also known as the Count of Amarante), a powerful member of the Portuguese military who led several protests against the Liberal constitution. During the 16th and 17th centuries, many aristocrats constructed grand palaces in Vila Real, giving the city's literal name, "royal villa". Things To do in Vila Real 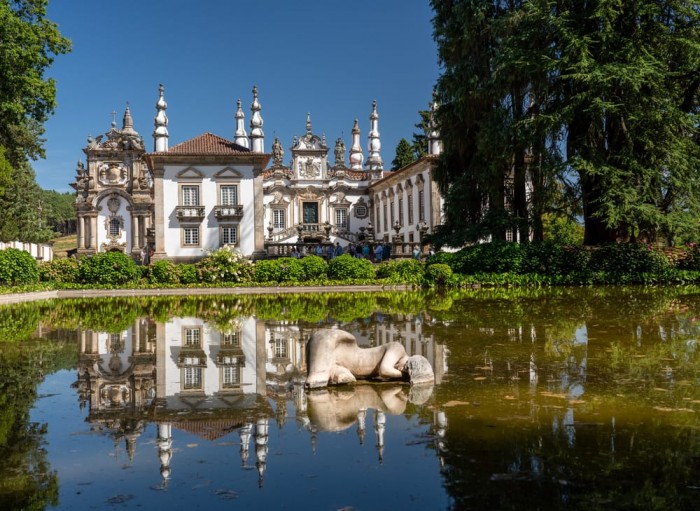 Palácio de Mateus is a Baroque 18th-century building, attributed to the Italian architect Nicolau Nasoni and considered one of Europe's most luxurious manor houses. There are three primary buildings: the manor, winery and chapel. A fairy garden with tiny bushes, clean sculptures, and a peaceful, royal-looking cypress walkway surrounds the palace.

Visitors can visit the library and also the “Four Seasons” room, which is decorated with 18th-century items, which still houses volumes from the 16th century, Bargueño desks, Chinese porcelains, and paintings symbolizing the four seasons.

There is also a small museum open to visitors, where you can find a copy of Os Lusíadas, a masterwork and epic poem of Luís de Camões, a famous Portuguese writer. This edition was limited to 200 copies, which were given to prominent individuals in Europe at the time.

The palace is owned by the Mateus Foundation which has supported a wide range of cultural activities, especially in the fields of music, literature, sculpture, and ceramics, by hosting festivals, workshops, seminars, and exhibits. 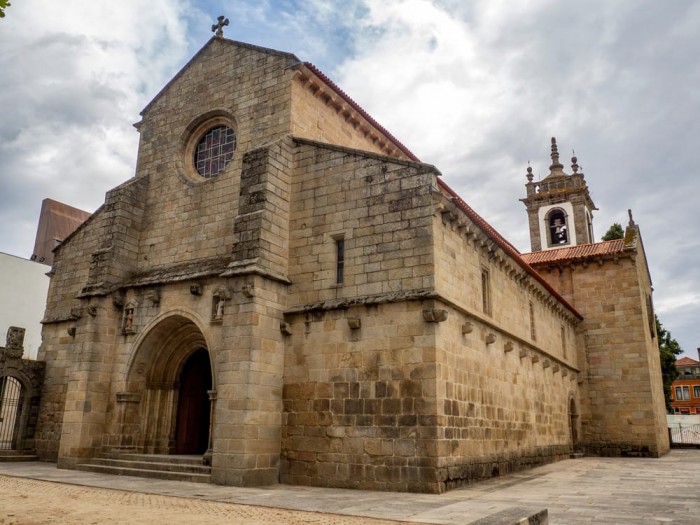 Built in the 15th century, the Cathedral of Vila Real is considered the best example of Gothic architecture in the region of Trás-os-Montes, for the notable Romanesque capitals that adorn the tops of the columns.

The cathedral has been the seat of the Diocese of Vila Real since 1924 and was originated in a Dominican convent founded by monks from Guimarães in the 15th century in the outside area of Vila Real, in the Tavolado field. King D. João I donated land for the convent in 1421 and 1422, and work began in 1424. The construction of the convent was also sponsored by the marquises of Vila Real, whose residence was located in the vicinity. 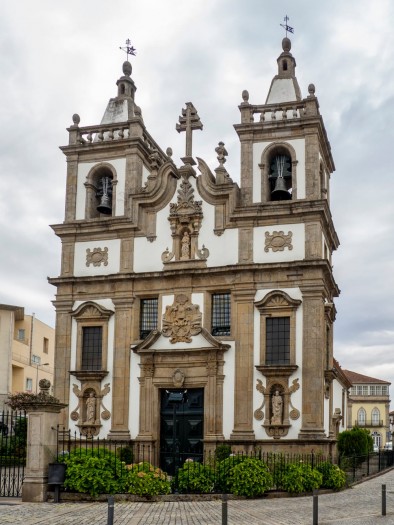 São Pedro Church is notable for its 17th-century polychrome tiles depicting religious scenes, as well as its lavish gilded coffered ceiling. The original building was constructed in 1528, but many changes have been made to bring it to its current state. The majority of these developments took place in the 18th century, resulting in a Baroque-style building.

The main altar tiles, the panelled ceiling, and the façade with two commanding bell towers make this church a one-of-a-kind example in the town.

A protected mountainous area of granite and schist peaks encompassing more than 70 square kilometres is located on the city's northwest outskirts - the Alvão Natural Park. The tallest peaks rise above 1,000 meters, and the upper terrain is covered in a new deciduous forest of oaks, hazel, and chestnut trees.

You're in for a surprise if you like hiking: there are waterfalls to explore, peaks to climb, and charming villages with houses made of granite slate and straw. 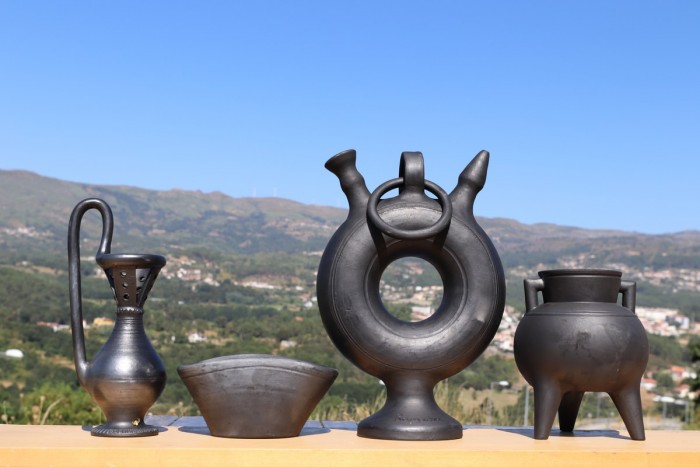 Essentially part of Vila Real, Bisalhães is on the hill five kilometres to the west. They make rare pottery here, which bears the same name as the village and is made from smoke-dyed clay.

Because of its rarity and uniqueness to extinction, this process was designated as UNESCO Intangible Cultural Heritage in November 2016.

Just a few potters are skilled in this craft, but once you see some of the vases, bowls, and dishes made in the village, all with an obsidian sheen, you'll see why it's worth buying.

The nearest airport to Vila Real is Vila Real Airport (VRL). The airport is closed to planes as of 30 August 2020 due to runway repairs, but it remains open to helicopters.

Francisco de Sá Carneiro Airport (OPO) is the next nearest major airport to Vila Real, and it is 101 kilometres from the city centre, whereas the Lisbon Portela Airport is located 303 kilometres away.

You can get around Vila Real by car or bus. If you want to go to nearby cities, Rodonorte takes you to Bragança, Viseu, Porto and Braga.

Vila Real is not known for shopping, however, if you wish, these malls are best for shopping around the city:

In Vila Real, the summers are brief, mild, dry, and usually clear and the winters are cold, rainy, and partly cloudy. Over the course of the year, the temperature usually ranges from 3°C to 29°C.

The best time to visit Vila Real for warm-weather holidays is from mid-June to mid-September.

Vila Real has strong gastronomy that stands out mainly in the treatment it gives to meats.

Among the gastronomic specialties of this District are the Feijoada à Transmontana, the Cozido à Transmontana and the Roasted lamb with rice. All of these are accompanied by a good glass of Vinho Verde. Fish is not the main food in this region, however, some dishes based on cod and others based on trout can be found in restaurants.

Here are some of the best restaurants in Vila Real:

There are several river beaches in Vila Real or nearby if you want to take a dive between the Corgo and Cabril rivers which unite in perfect communion with nature.

Want to find out more about Vila Real?