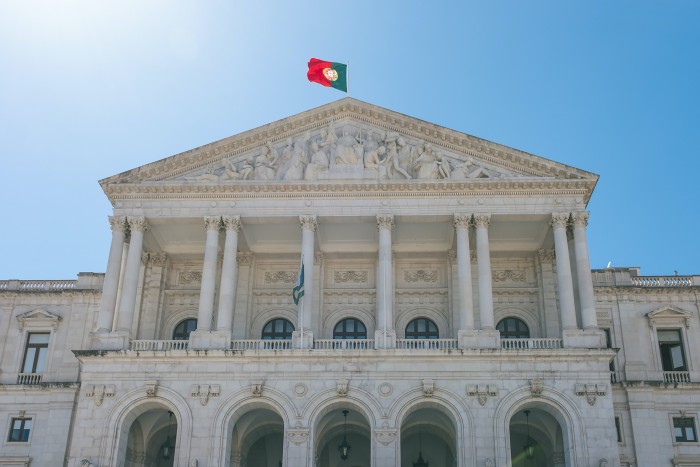 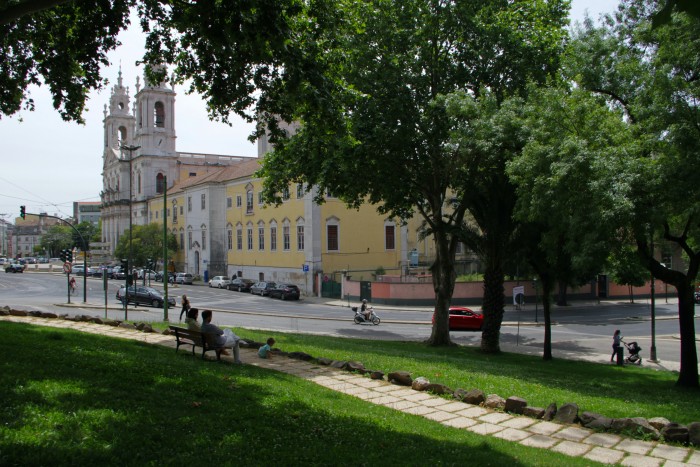 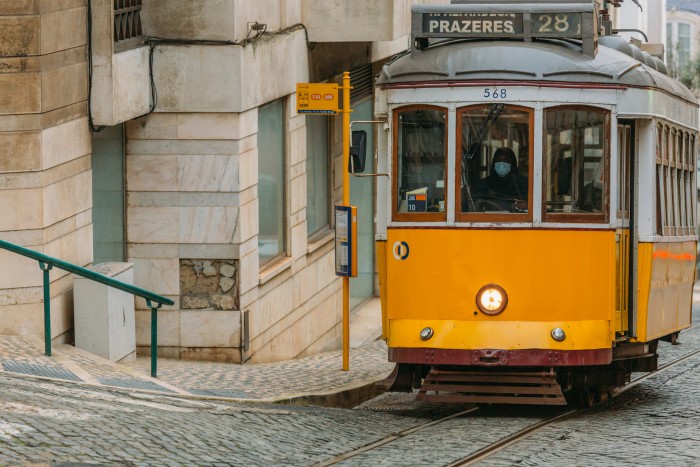 Lapa and Estrela are predominantly residential areas with large houses and old palaces. It was in Lapa-Estrela that the Portuguese bourgeoisie and nobility decided to settle down in the 18th century. Since then, these Lisbon’s districts became famous among the city’s upper-class. The historic buildings were refurbished and are now home to many residents searching for tranquillity and a privileged location in Lisbon.

Besides having remained one of the noblest areas of Lisbon, Lapa-Estrela is home to a large number of embassies, in particular of Austria, Bulgaria, Canada, China, Finland, Indonesia, Ireland, Luxembourg, Sovereign Military Order of Malta, Netherlands, Romania, Sweden, Switzerland and the United Kingdom. Living in Lapa-Estrela, a neighbourhood that houses embassies, palaces, fountains and monuments, is to be surrounded by Lisbon's historic high society.

These are one of the most charming neighbourhoods in Lisbon, also known for their impressive views, tree-lined streets and its selection of renowned restaurants and cafes. Although isolated from the hustle and bustle of the city, these districts are just a walking distance from the most central neighbours in Lisbon. These areas have changed very little over the years, preserving a consistent identity as one of the city's most privileged and prosperous neighbourhoods. Things To do in Lapa-Estrela 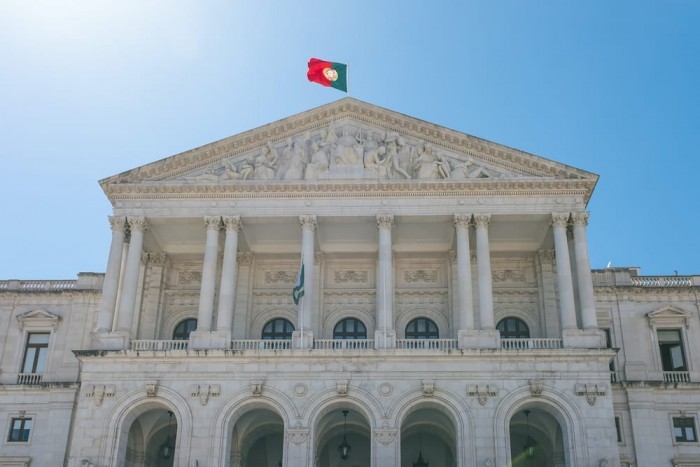 São Bento Palace (Saint Benedict’s Palace) is the seat of the Portuguese Parliament since 1834. The historical imponent building was once a Benedictine monastery that was dissolved after the Liberal Revolution. Since then, the old monastery has been systematically adapted to its current functions. In 1895, after a fire that destroyed the session room of the lower house, the Parliament building was repaired and expanded. The Portuguese architect Miguel Ventura Terra was put in charge of the refurbishment project, which lasted until the 1940s.

In the 1940s, during Salazar's Estado Novo regime, the Parliament’s monumental stairway was completed. The stairway was designed by Cristino da Silva, who was also responsible for the gardens’ project in the back of the Palace. Since Portugal became a democracy, the area in front of the palace has been the most popular location for protests held in Lisbon.

The official residence of the Prime Minister of Portugal is located at the back of the main building, behind São Bento Palace. 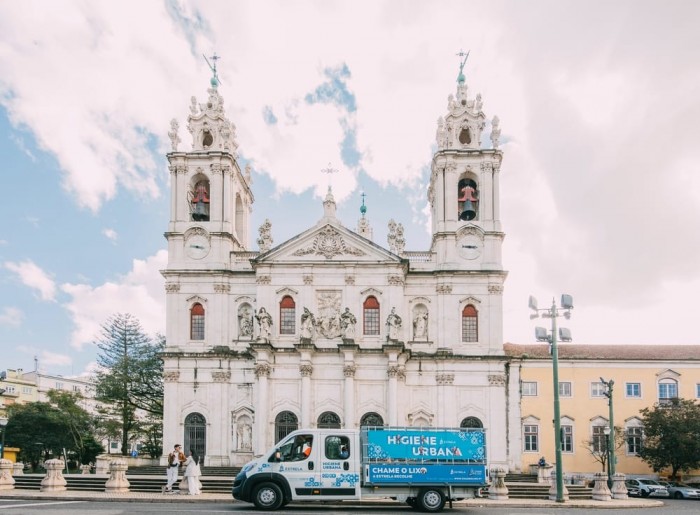 The Estrela Basilica is one of Lisbon’s most beautiful and iconic churches and one of the most sought-after places in the capital for weddings. Also known as Sagrado Coração de Jesus Basilica, the monument was built in the 18th century. With its baroque style, neo-classical facade and large dome, it's hard to be indifferent to the beauty of this monument.

It is also important to highlight its Baroque statues and the harmonious interior where marble is used extensively. You can also find a remarkable nativity scene in the interior of the building, sculpted in cork and terracotta by Machado de Castro, a famous Portuguese artist from the 18th century.

The view you can get from the terrace is also unmissable. You will be dazzled by the incredible view over the city.

The monument is in front of the Estrela garden, so, if after visiting this impressive monument you feel like having a walk and a refreshing drink at a terrace, you should visit this beautiful park. 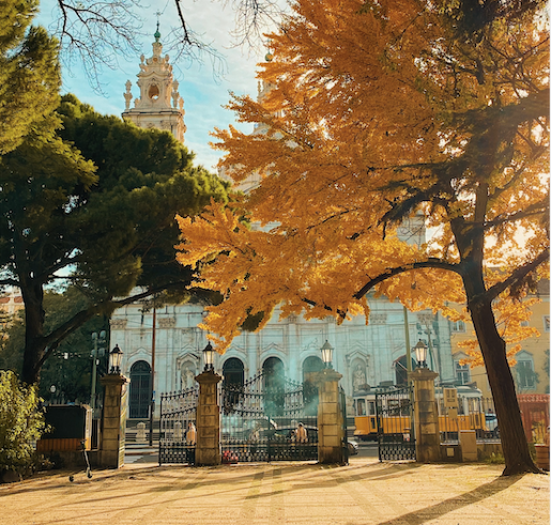 The beautiful Estrela garden, later re-named Guerra Junqueiro garden, is a Lisbon’s public garden located in the Estrela parish. It is right in front of the Estrela Basilica and it is a paradise of greenery and peace in the centre of the capital. With its lakes, bandstand, kiosks and playground, it is the perfect place to spend the weekends with the family.

Over the last few years, this garden became one of the favourite spots of Lisbon’s teenagers. They all flock there to meet their friends in the kiosks or to just wander through the woods. The garden started to be the stage of multiple outdoor dance parties, with DJ’s playing live. However, during the day, Estrela Garden remains a relaxed and peaceful place to stroll and spend time with the kids. You can safely let your kids run loose while you enjoy your smoothie in the kiosk. 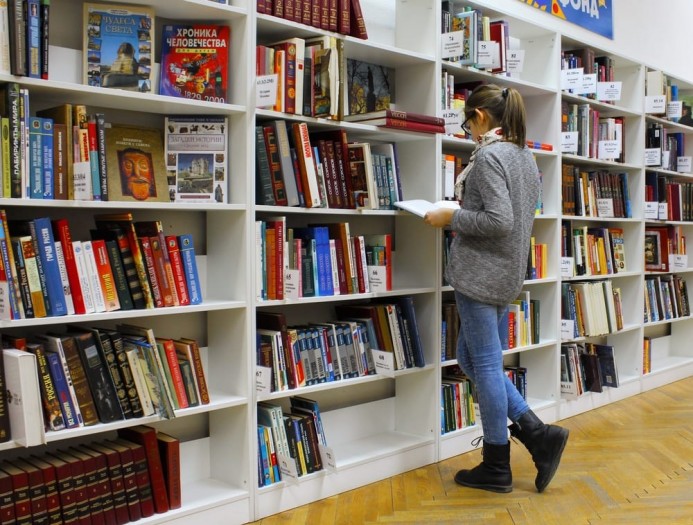 Casa Fernando Pessoa is the house where the reputable Portuguese writer Fernando Pessoa lived in the last 15 years of his life. This museum is dedicated to the dissemination of Pessoa’s legacy, as well as a place for books and literature’s get-togethers.

The house has two libraries: one dedicated to his own literary work and another that gathers all of his private collection of books. The first one consists of an exhibition on three floors about the poet's life and work and the other one of a library specialising in world poetry.

Casa Fernando Pessoa is a museum mainly dedicated to literature, but it also displays other personal objects that belonged to the writer, such as furniture and documents. 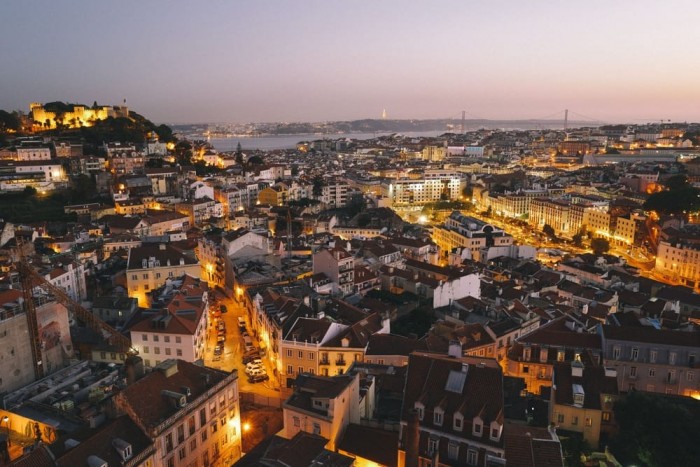 Located at the top of the emblematic Amoreiras Towers, an iconic building of Lisbon, Amoreiras 360° Panoramic View is one of the highest points in the city. It allows its visitors to enjoy a unique view over the city.

The Miradouro is equipped with free long-range focusing telescopes and informative maps about the city’s historical sites.

Its privileged location allows you to see the beauty of the Tagus River on one side and the city’s lung on the other - Monsanto Park. 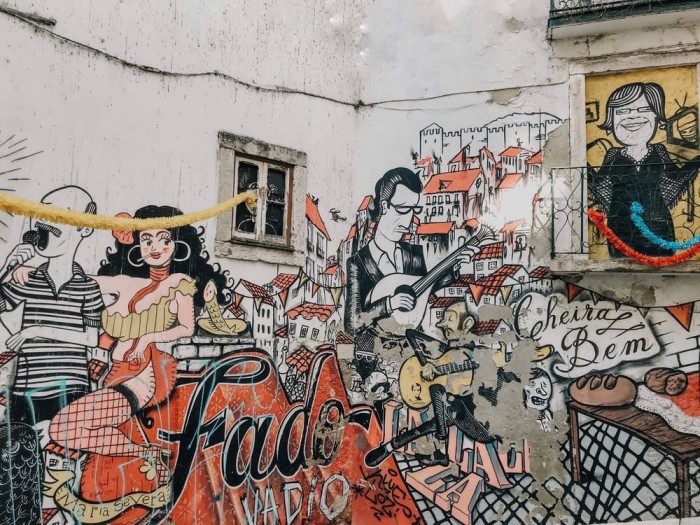 The Casa-Museu Amália Rodrigues is the yellow house where the greatest Portuguese fado icon lived for almost half a century. It is located in Rua de São Bento.

The Casa-Museu Amália Rodrigues opened on July 24 2001, with the purpose of fulfilling one of Amália’s main desires: to open her house to the public and share with everyone her most personal and intimate side.

Visiting the museum is like going into a real journey through the life of Amália Rodrigues: you can see her stage dresses and jewellery, the clothes she wore at home and other personal objects, such as her awards. From the black shawl to the guitars, each piece materialises Amalia’s presence and tells the story of the Lisbon music genre, recognised by UNESCO as World Intangible Heritage.

You can also enjoy the beautiful garden, full of flowers, and the famous hall where she used to meet with the most illustrious figures of the 20th-century Portuguese culture - poets, musicians, composers and painters. It was also in the same room where she recorded, in 1968, an album with Vinicius de Moraes.

Lisbon Portela Airport is the main international airport in Portugal and one of the largest in southern Europe. Because of its close location to the Lisbon city centre, getting from the airport to Lapa-Estrela is pretty straightforward through the metro, taxi or bus services. It takes 16 minutes by car (following IP7 and E1) and around 40 minutes via public transports.

Being Lapa-Estrela a central district in Lisbon, close to all central neighbourhoods in the city, the best way to get around the area is by walking. However, Lapa-Estrela also offers good transport links for longer distances. You can find bus and tram stations throughout the whole area that connect the district to all parts of the city. The trams and buses pass by very frequently throughout the day and can take you from northwest to southeast central Lisbon.

Like the other southern European countries, Portugal typically tends to have warm temperatures and pleasant weather conditions throughout the year. Lapa-Estrela has a mild climate. You can expect to find 25°C degrees during the summer months and, as the colder months start to creep in, the temperatures will drop to around 11°C. November is the month that sees the most rainfall, which can be around 128mm on average.

What you can mainly find in Estrela and Lapa neighbourhoods are grocery stores with gourmet and local products. You should explore the high-quality products from the biological market Alfazema, “o melhor bolo de chocolate do mundo” store, the Domitília grocery store, and the “la Boulangerie” bakery.

These districts are also known for having small local clothing stores, namely children’s clothing. Os Patinhos, Baby Cool, Antimilk are some examples of those. However, if you search for a wider variety of options, you should go to the nearby shopping mall Amoreiras. Here you’ll find more than 200 stores, covering all kinds of commerce, from fashion, food, decoration, culture, etc.

Lapa-Estrela is located near the Tagus river, having different beach coastlines nearby. To the west of Lisbon lies the Oeiras-Estoril-Cascais coastline, where you can find beautiful sandy beaches, blessed with a calm sea during the summer months. In the northwest of Lisbon, you will find the Sintra coastline, which is made up of cliffs and embodies wild scenery, where you can truly immerse yourself in nature. The Costa da Caparica coastline is in the south of Lisbon and is sought-after for its wide-open beaches. This coastline comprises a large stretch of beaches, spread along to the western coast, highly popular among surfers all year long.

Lapa-Estrela is home to some of the most stylish restaurants and trendiest cafés. There is a lot to explore in Estrela and Lapa. You can either eat an artisan ice cream at Nanarella or delight yourself in the Olissipio Lapa Palace restaurant, overlooking one of the beautiful centennial gardens of Lisbon.

Here are our suggestions for restaurants and cafés in Lapa-Estrela:

Want to find out more about Lapa-Estrela?