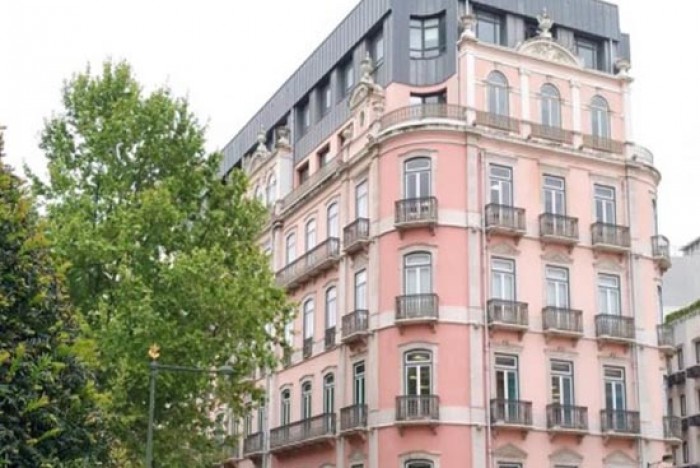 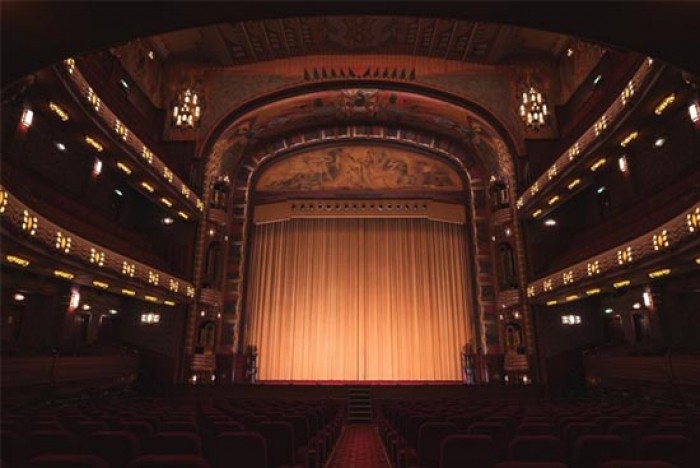 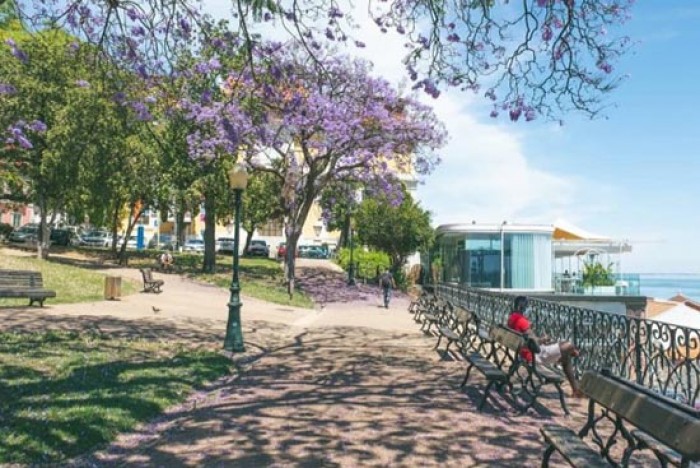 Rich in history, right in the centre of Portugal’s Capital City of Lisbon, one can find this park in the Arroios parish over a hill that’s between the valleys that correspond to Avenida da Liberdade and Avenida Almirante Reis.

This park inherits its name of Campo dos Mártires da Pátria (Homeland Martyrs’ Field) in memoriam of Portuguese General Gomes Freire de Andrade and eleven of his companions, sentenced to be hanged in a staged trial, accused of revolting and fighting against the British Military General and Portuguese Army Marshal, Lord Beresford, regent ruler of Portugal instead of king D. João VI, who was living in Brazil at the time.

However, General Gomes Freire de Andrade’s execution by Lord Beresford’s sentence ignited a revolt against the British ruler’s regency, led to protests in the North of Portugal and intensified an anti-British feeling, which ignited the Portuguese Liberal Revolution and to the fall of Lord Beresford, that was stopped from disembarking in Lisbon after returning from Brazil. Things To do in Campo dos Mártires da Pátria 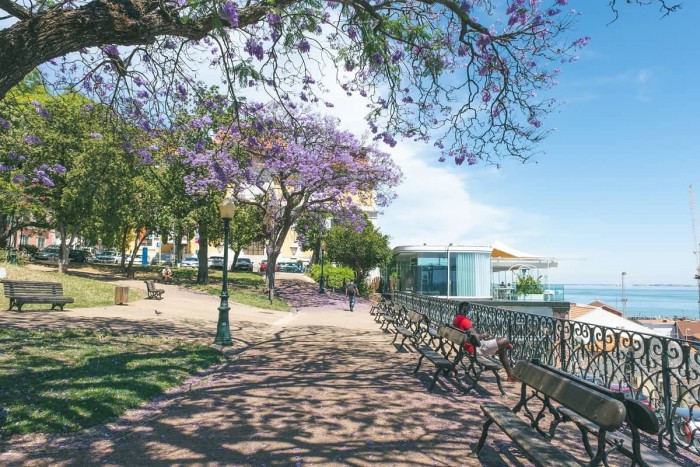 Located near Campo Mártires da Pátria, this garden faces the Avenida da Liberdade in an area occupied by a group of 19th-century style palaces. This park’s name comes from a Dutch family that inhabited the location and was later given to the Portuguese State in 1927. Taking advantage of its location, this park has an amazing viewpoint over Lisbon’s downtown area, the Baixa neighbourhood and the Tagus River. During summertime, this park’s visitors will be happy to enjoy the shade provided by its beautiful and dense trees, as well as the urban beach that is built by transporting sand to the park’s major fountain surrounding area. 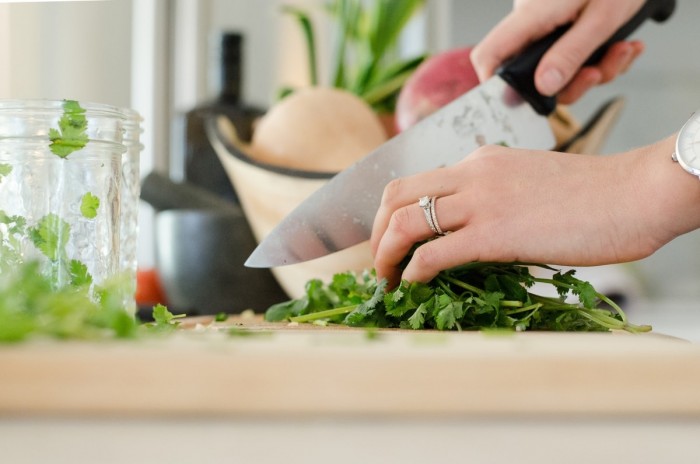 Near Campo Mártires da Pátria, inside the Arroios Parish, you’ll find a place to learn how to cook delicious Portuguese food! Founded in 2017, the Lisbon Cooking Academy is run by chef Ana Viçoso and it’s a school where everybody can learn and share their food experiences, always in a casual and relaxed atmosphere, where guests from all over the world can come to experience the best of Portugal’s rich and diverse gastronomy. Book your experience here. 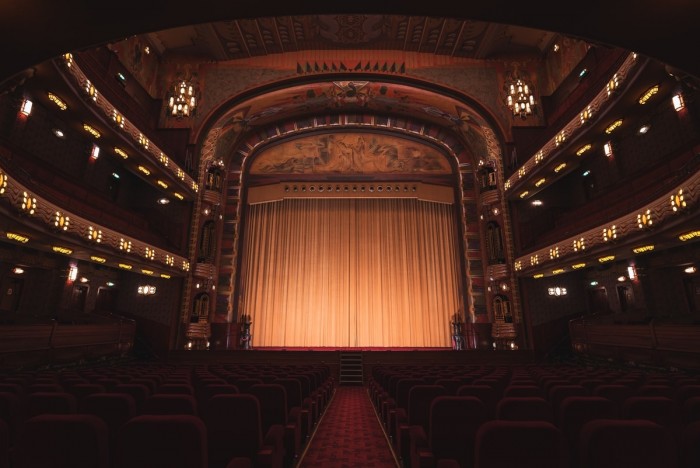 Climbing down the hill, towards Avenida da Liberdade, you’ll come across the Rua Portas de Santo Antão, which is a cobbled street featuring a wide variety of restaurants and imponent entertainment venues, such as the Coliseu dos Recreios (Lisbon Coliseum) and Teatro Politeama. The two theatres are among the oldest and most majestic in Lisbon. Inaugurated in 1890, the Coliseu was designed for a multitude of events, with the first-floor atrium designed to accommodate an audience of over 2800 people seated and over 4000 standing. The Teatro Politeama was inaugurated in 1913, built in front of the Coliseu dos Recreios following an Art Déco style and to accommodate an audience of over 2200 sitting spectators. The Politeama theatre started showing films in 1914 and was converted solely into a cinema in 1928, for 50 years. 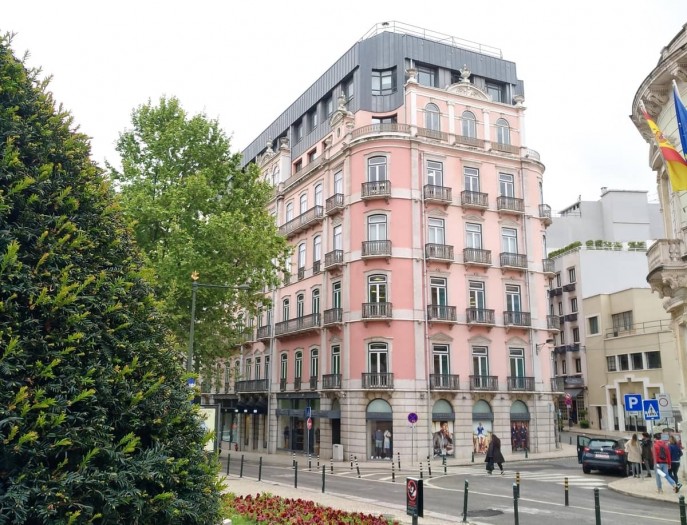 Just a 10 minute walk downhill from the Campo dos Mártires da Pátria, you’ll find the famous boulevard in central Lisbon, Avenida da Liberdade (Liberty Avenue). It’s famous for being one of the most expensive shopping streets in Europe, this avenue was built in 1879 originating in an ancient park built for the Portuguese nobility and marking the northward expansion of Lisbon during the 19th Century. Now it has become one of the most prestigious addresses in Portugal and one of Europe’s most popular luxury shopping destinations, as it is home to numerous luxury stores, boutiques and hotels, while also hosting several embassies and diplomatic missions. 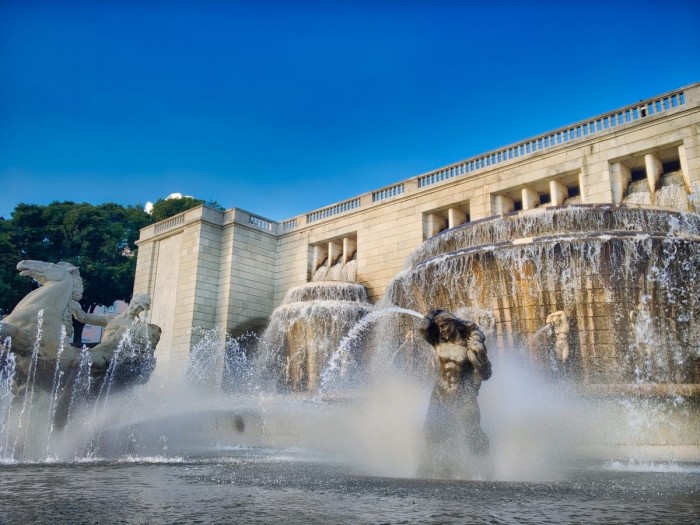 This massive fountain was inaugurated in 1938 to celebrate the regular water supply to the eastern part of the city. This massive luminous fountain is definitely worth a visit if you’re exploring the Campo Mártires da Pátria and the Arroios parish. Since it’s located in front of a large grass field, it is rarely crowded and you’ll be able to rest there and relax to the sound of the water flowing. At night, you can sometimes see the light effects that give it its designation of “Luminous Fountain”.

Located in a central part of the city, the Campo Mártires da Pátria area is very well equipped with public transportation. Here you will always find regular busses and trams to all parts of the city. Subway stations are also available a short walk away, such as the Intendente station (10 minutes walking) and the Avenida station (12 minutes walking).

A touristic highlight of this area is the Lavra funicular, which helps the locals to climb up and down the hill from and to Avenida da Liberdade.

Campo dos Mártires da Pátria is a critical point in the transport network of the metropolitan area of ??Lisbon, with Carris (bus and tram company) services that allow direct connection to some places in the city of Lisbon, as well as to the municipalities of Oeiras and Amadora.

Public transport in Lisbon is very reliable and cost-effective with a single metro ticket costing as little as €1.50. You can also buy onboard tickets for 2€ in busses and 3€ in trams.

A few minutes walking downhill from here, towards Avenida da Liberdade, you’ll find designer shops with the likes of Cartier, Gucci and Hugo Boss there. If your desire is to find delicacies and flavours from exotic parts of the world, take a trip down the other side of the hill to the Martim Moniz square and visit the Asian gastronomy themed space “Mercado Oriental” on the first floor of the Amanhecer Oriental Supermarket.

Being the capital city of Portugal, Lisbon is full of bars and restaurants to suit all tastes. Visit the beautiful Portuguese restaurants around the city to experience true Portuguese cuisine. Nearby Campo dos Mártires da Pátria, we recommend these restaurants, just to name a few:

Due to Lisbon's location, on the mouth of the river Tagus, it is blessed with 3 main coastlines. To the west of Lisbon, the Oeiras-Estoril-Cascais coastline offers calm sea and sandy beaches, perfect for those seeking a relaxing day. The Serra de Sintra coastline is situated to the north of Lisbon, this is made up of cliffs and offers beautiful unspoilt scenery, but also the roughest sea. To the south of the city you will find the Costa da Caparica coastline, this is a large stretch of beautiful beaches, spreading to the western side of Lisbon and highly popular for surfing.

Located 8 kilometres from the Campo dos Mártires da Pátria, Lisbon’s Humberto Delgado Airport is the main international airport in Portugal and is one of the largest in southern Europe. Because of its close location to Lisbon city centre, getting from the airport to Lisbon only takes around 15 minutes and is straightforward using a taxi or bus service.

Much like any southern European country, Portugal offers a warm climate and Lisbon is no exception. No matter which month, Lisbon offers a mild climate.