In the age of automation, algorithms and artificial intelligence, Cognizant has elected Lisbon as one of the best 21 places to work in the future

Over the last years, Cognizant has released multiple reports describing what jobs of the future will consist of. Within the age of automation, algorithms and artificial intelligence, a lot of new positions are coming up, and there are places in the world most likely to shelter them.

The American technology consultant company has recently elected 21 places around the world considered to be hotbeds of innovation, as well as affordable and enjoyable places to live in.

Lisbon was one of the cities recognized as a must-live aspirational tech innovator. Not only the Portuguese start-up ecosystem has been growing sharply, turning Lisbon into one of the biggest start-up hubs in Europe, as it is also easy to have access to private capital in the country, which is an important concern for investors and entrepreneurs. Foreign investment is booming in Lisbon and it tends to continue in this direction.

2020 was a year where we learned we could work from almost anywhere in the world and have the same, or even better performance. Portugal has become a magnet for the growing era of talented digital nomads since last year. Proof of that is the election of Portugal as the perfect hotspot for digital nomads.

The study also highlights the quality of the city’s infrastructures, security and universities. The education system has been improving and producing thousands of high-potential graduates over the last decade.

Other aspects pointed out were the local Government / Administration’s stability and the recognition of Lisbon as a sustainable city.

Lisbon is well-known for its privileged climate, which along with its seaside localisation, low cost of living and cultural richness, make the city a genuine hotspot in Europe.

Architecturally, the city combines a mix of a solid traditional heritage with a modern penchant. You can see Lisbon’s historical Age of Exploration memorialised throughout most of the town through statues of heroes like Vasco da Gama, but also recently constructed quarters like Parque das Nações, an area filled with contemporary buildings designed by innovative architects.

Embrace spring in Lisbon in its best parks and gardens

Portuguese cuisine is rich in a variety of flavours stemmed from the well-balanced Mediterranean diet. Many choose to delight themselves with the traditional delicacies, but it is also wise to explore other avenues of Lisbon’s culinary.

Thanks to its eating and lifestyle habits, Portugal, along with Spain, has recently been elected the healthiest place to live in 2021.

From a cultural and entertainment perspective, Lisbon is well-known for its traditional theatres and “Casas de Fado” (places where you can watch live concerts of the traditional Portuguese music called Fado), but is also home to a variety of contemporary discos and bars. You can find “Casas de Fado” in Bairro Alto neighbourhood, visit very emblematic theatres in the city centre or hang out at night in one of the best clubs in Europe - Lux Frágil -, located in a riverside area of Lisbon. Take a look at popular locations here.

All in all, Lisbon is considered one of the best cities in the world to live in considering its work-life balance as well, a laid-back lifestyle yet entrepreneurial spirit. As the study mentions: “We have identified Lisbon as a hotbed of global innovation and new ideas, which will certainly create and drive the future of work. The fourth industrial revolution and the pandemic are transforming the economy on a global scale, and new talents, new skills and new attitudes are needed,” said Manuel Ávalos, Cognizant’s Managing Director for southern Europe.

Are you thinking about moving to Lisbon? Get in touch with our team and we will help you explore the best relocation option for you! 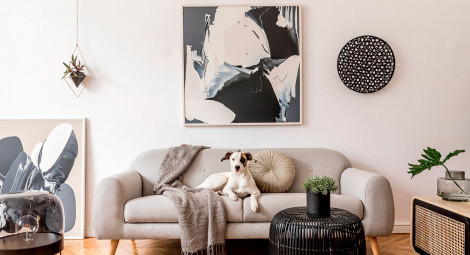 Investing in Developments at the heart of Lisbon
From Avenida da Liberdade, the Champs Élysées of Lisbon, to the rest…
Next Article 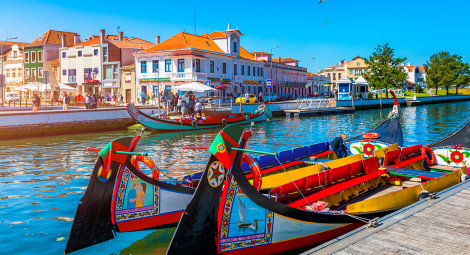 Choosing the best investment for Portugal Golden Visa
The sea, the sun, the food, and the astonishing quality of life in Portugal…