Portugal’s steady economic growth and massive tourism boom have turned Lisbon, Porto and the Algarve, into international destinations for big companies and investors.

The increase in tourism, from 14 Million to nearly 28 million during the past 10 years, has made it one of the fastest growing destinations in the world. With property prices still much lower than the rest of Europe, investors are continuing to spend big in Lisbon, Porto and the Algarve.

After decades of stagnant rents in Portugal, and a deep global financial crisis in 2008, the IMF (International Monetary Fund) gave direct instructions to Portugal to improve its poor economic condition. In this context, three of those changes made a big impact to the economy: tourism stimulating incentives, open foreign investment across all business segments, and the removal of old long-term rental contracts.

These three factors were fundamental for Portugal to become an appealing & growing market to invest in real estate; the combination of the IMF suggestions, as well as, the creation of the Golden Visa and the Non-Habitual Resident programmes, established the perfect environment for continuous real estate growth.

With increased tourism across the main regions of Porto, Lisbon and the Algarve, Portugal is the go-to destination for many Europeans, North Americans, Digital Nomads and Retirees, looking to live, work, study and retire in the third safest country in the world.

With increased rents for locals and the property market growing substantially it is becoming difficult for locals to find affordable housing. The Left Block (party) are currently calling for an end to the Golden Visa and Non-Habitual Residents programmes, yet these programmes are vital for Portugal’s economy and so are foreign investments, especially after a coronavirus crisis.

There have been complaints over the years, mostly by residents, where buildings with both mixed long-term and short-term rentals cohabitate, yet investors, property managers and small businesses owners have been abiding by the law in place by the government.

From the 21st of April 2022 onwards, the Supreme Court has ruled an agreement that benefits the voice of residents, over the owners of touristic flats.

Meaning, it has been approved that permanent residency and temporary residency for touristic purposes, under the same building, now have different rules for coexisting.

“In the horizontal property regime, the indication in the constitutive title that a certain fraction is intended for housing must be interpreted in the sense that short-term licence is not allowed in it”. The ruling was approved unanimously by the Supreme Court of Justice (STJ), and applies to all short-term licences (Alojamento Local licences).

According to Público’s publication, this ruling applies to all short-term accommodation regardless of their starting date. From now on, any condominium member can demand the end of any short-term licence (in their building of residence), even if the AL licence has been working for many years.

With this decision, the Supreme Court of Justice wishes to bring in reason for the residents that have been complaining about the noise outside or working hours, dirt, and extreme usage of the building’s common areas, as well as, access from strangers into the building including parking areas.

In one of the declarations of vote presented, a judge adviser to the Supreme Court of Justice admits, however, that the number of cases asking for the illegality of the local accommodation activity will skyrocket. 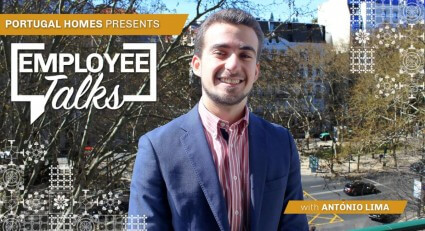 Employee Talks with António Lima | Junior SEO & Web Developer
António is originally from Mirandela, in the northern region of Portugal;…