The sale of properties in Portugal increased by 23% in May, compared to the previous month, after a huge decrease in April. Yet house prices are not falling, according to Confidencial Imobiliário, a Portuguese databank of statistical data based on real transaction prices, yields, and residential lease contracts.

April was the month with the greatest loss of activity compared to January, although a reduction in sales was noted already in February, with transactions falling. In March, this decrease worsened, when the country adopted the containment measures. However, the biggest retraction occurred in April, with a decrease of 53%.

Even so, this means that, in full confinement, the market was able to maintain an activity level of about half of the pre-COVID, which is still remarkable. It is a sign of the sector’s resilience, which the results of May fully confirm.

Prices did not fall despite the reduced activity

The market shows a clear reduction in activity, but didn’t reflect on the prices. In fact, house prices rose 0.9% in May, compared to April.

As price being the variable that sums up all the pressures, this suggests that the market is resisting the price reduction strategy in reaction to the drop in sales, as there is a strong belief that the price levels practiced in the market have a strong probability of being observed again after the end of the pandemic crisis, says Ricardo Guimarães from Confidencial Imobiliário.

It is true that the measures to combat the pandemic have paralyzed an array of sectors around the world economy. This led the International Monetary Fund (IMF) to make unprecedented predictions in its almost 75 years: the world economy may fall 3% in 2020, dragged by a contraction of 5.9% in the United States, 7.5% in the eurozone and 5.2% in Japan.

In Portugal, the Government expects the economy to decline in 2020, obviously, but make up for it in 2021. 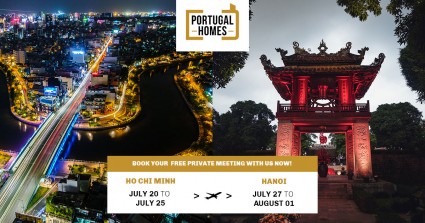 Investing in Portugal through Vietnam? Meet Portugal Homes from July 23rd to 31st!
Portugal Homes  owns its headquarters in Lisbon with a view to the…
Next Article 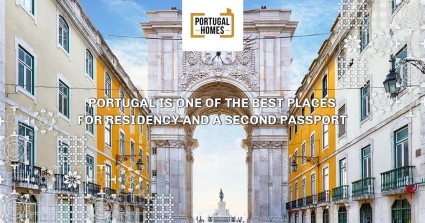