LISBON — Europe’s largest tech event, the Web Summit, will remain in Lisbon for another 10 years, its founder Paddy Cosgrave said on Wednesday in a boost to Portugal’s aspirations of becoming a technology hub.

Under the agreement, Portugal’s government will pay Web Summit 11 million euros a year to expand the venue, anticipating that the number of participants will increase from 70,000 last year to 100,000 eventually.

“Staying here for another 10 years brings us so much certainty,” Cosgrave told journalists at a press conference where he was joined by Portuguese Prime Minister Antonio Costa.

“My heart and the team’s heart is in Lisbon.”

Lisbon scored a big coup when Web Summit moved from Dublin to Portugal in 2016, helping a recovery in the country’s capital after the 2011-2014 debt crisis.

When Web Summit was launched in Dublin in 2010 it had 400 participants. It now draws speakers from leading global tech companies and politicians, as well as tech entrepreneurs hoping to attract attention to their startups.

“It puts Portugal at the heart of the global conversation about tech and innovation,” Costa said.

The agreement with Portugal obliges Web Summit to pay the country 3 billion euros ($3.5 billion) if it were to decide to leave before the end of 10 years. This amount is the minimum expected economic boost for Portugal from hosting the event, said a statement.

The original idea was for Web Summit to stay for three years in Lisbon and then move to other European venues. More than 20 European cities competed to host Web Summit.

The event is held in the pavilions built for Lisbon’s 1998 World Fair. 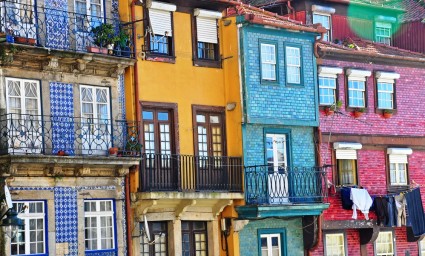 Housing prices jumped 6% over the past year. Each square meter is assessed in 896 euros
The most expensive municipality is Lisbon, a city in which a square meter…
Next Article