2019 is an important year for the Portugal-China relations as it marks the 40th anniversary since Portugal and China established official diplomatic relations and the 20th anniversary of Macau’s transference from Portuguese sovereignty to Chinese.

The end of last year saw both countries’ presidents meet in Portugal and both of them agreed that the Portugal-China relations have never been better. China’s President, Xi Jinping, admitted then that China keeps an eye on the European Union and the Portuguese territory, with whom it wants to build pragmatic cooperation and profound friendship. Xi Jinping introduced the plan “Belt and Road Initiative”, which will allow China to reinforce the communication channels between Asia, Europe and the rest of the World, with China at its strategic centre.

This plan foresees an investment to strengthen infrastructures, both physical and digital, to facilitate the communication ways for the “Belt and Road Initiative” that will physically connect China to Europe, involving almost 70 countries. From the Portuguese perspective, the country will do whatever is in its power to cooperate with the initiative in the same manner as Spain and Italy, for instance. The Portuguese focus is mainly on exploring the maritime potential of this endeavour, highlighting the Sines Port as the great entrance to Europe for merchandise that comes from the Atlantic.

There are over 20 thousand Chinese living in Portugal presently and “They feel good in Portugal”, says Y Ping Chow, from the Chinese Community in Portugal. Y Ping Chow has lived in Portugal since 1962 when, at the age of 7, he came to live in Porto with his family that already lived there for some decades. He feels that the Chinese are well integrated in Portugal. “It’s a safe country, doesn’t have racial discrimination, the cost of living is reasonably cheap, weather like you can’t find in many countries around the world. Besides, everything is small, it’s easier to develop. The Chinese community loves Portugal and the Portuguese.”

Asked to elaborate more on the Chinese presence in Portugal, he added that “Even though the Chinese are very well integrated in Portugal, there is an idea in the air that they are coming here to buy everything that belongs to the Portuguese. The Portuguese run their businesses and those businesses benefit both sides: China and the Portuguese companies. But this is not discrimination from anyone, it is simply a misinterpretation, some incomprehension, by some political forces.”

To better serve the Chinese citizens already living in Portugal and to further welcome those that want to invest in the Portugal Golden Visa Program, the Chinese and Portuguese entities signed a protocol to develop a unit of traditional Chinese medicine that is believed to open to the public during 2019.

PortugalHomes.com specializes in selling Holiday Homes and Investment Properties. We help buyers find the right property overseas whether it be for Golden Visa, NHR, Investment or simply a place in the sun, our properties are selected with great thought in mind to give our clients the best opportunities, we offer the complete service from Introducing them to Legal Representatives, Currency Exchange, Mortgage Advisors, Property Management, Rental and Furniture Packages along with making sure all our staff are trained to fully understand the buying process and taxes for every scenario, we provide the complete service to anyone looking to buy a new or resale property overseas for holiday use or as a short or long-term investment. 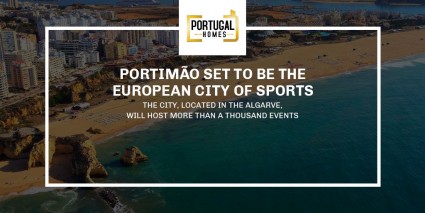 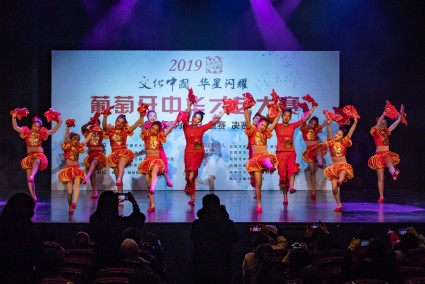