The 2022 Web Summit, an annual technology conference kicked off on November 1st in the city of Lisbon, Portugal, with an opening centre-stage presence at the Altice Arena of Paddy Cosgrove, the co-founder of Web Summit.

The city of Lisbon welcomes more than 70,000 tech enthusiasts, CEOs, and start-up investors to join the capital city of Portugal, one of Europe´s leading tech events that have called Lisbon home for over 6 years, after its move from Dublin to Portugal back in 2016. This pivotal transition brought much attention to Portugal, promoting a rise in the country’s economic growth, and drawing global technology companies to open businesses and start-ups that created various tech job opportunities for both fellow Portuguese and expats.

Portugal has attracted many wealthy individuals and millionaires who chose to reside and conduct their business in the country, not only for its highly desired factors, such as a great warm climate, immense safety, and well-being. This decision of avid investors and millionaires is monumental due to the availability of profitable investments. One of the bests investments is the Portuguese Real Estate Market, which qualifies for the great Golden Visa Programme property investments in Portugal. The visa programme offers non-EU citizens temporary residency in Portugal by establishing property investment ventures, which can become a citizenship after 5 years. The Golden Visa is also extended to the families of the investor, providing them with all the residency legal rights.

Learn more on Portugal Living:
The cost of living in Portugal – It can be cheaper than you think!
Taxes for non-residents in Portugal

Is not by chance that Lisbon has received the prestigious Web Summit conference for the past 6 years. The city of 8 hills is considered the 3rd best in the world with the most satisfactory air quality, as well the magnificent city and riverside views & Miradouros (Lookout Points) spread across the capital. Lisbon offers a multitude of leisure and cultural activities, ranging from museums to national landmarks, and plazas. The main Portuguese city also features two beloved UNESCO world heritage sites: the Torre de Belém, built to commemorate the Vasco da Gama expedition, and the Mosteiro dos Jerónimos, a 16th-century cloister and former friar refectory.

Lisbon exudes old-world charm, that is undeniably endearing, and showcases outstanding diversity in its culture, cuisine, and its people that are known as extremely gracious and hospitable to newcomers. All these contributing factors explain why Lisbon remains an attractive destination point for expat living, especially witnessed by a major increase in digital nomads choosing Portugal as their future post for remote work living in this digital age! Tech professionals are flocking to Portugal for its abundance of co-working slots, and lower cost of living in comparison to nearby EU countries. Every year more national and international start-ups and companies continue successfully thrilling, and being welcomed by the annual Web Summit, giving newcomers a chance to experience the country first-hand.

Learn more about the city of Lisbon:
Lisbon and the forgotten hill
Lisbon is among the best for real estate investments in Europe!
Lisbon was elected one of the best 21 places to work in the future

The 2022 Web Summit commencement at the Altice Arena had one surprise key guest speaker in attendance, the first lady of Ukraine, Mrs Olena Zelensky, wife of Ukrainian President Volodymyr Zelensky, bringing light to the current crisis and ongoing war in Ukraine. Urging web summit investors to help in solidary tech projects that can directly aid people and sharing the important message on how technology can save lives versus help terror.

Beginning the event on an important note with the first lady´s message of urgency, as Antonio Costa Silva, Portugal’s Prime Minister pointed out that Portugal is in the process of acquiring 90 million euros to 3000 start-ups for the next four years, working towards the development of technologies for wellbeing & sustainability-based projects, by first launching support towards an incubator start-up with over 20 million euros on the line.

The 2022 Web Summit promises to be the year of shedding light on cybersecurity, the impact of technology on the world, and what major tech corporations are bringing to the table at this year’s conference. 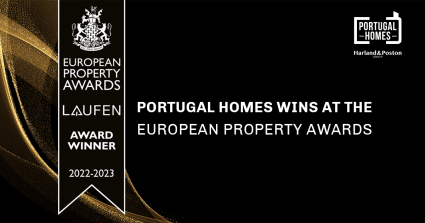