The Golden Visa Programme is an economic strategy proposed by the IMF in 2008, which it’s main objective is to accelerate overseas investments to the country, therefore, reinforcing its economy. In Portugal, since 2012, the programme is active and has been established as one of the most stable and profitable residency-by-investment programs in the whole European Union.

The programme grants investors and their families, from third countries, the right to live, work, and study in Portugal as a resident – after five years, it is also allowed the investor the right to apply for permanent citizenship.

Through this article, we are going to bring some of the Portuguese Golden Visa statistics, together with the evolution of the investments from the beginning of the programme until now.

Changes in the Portuguese Golden Visa Programme through time

The rules that endorse the Portuguese Golden Visa Programme have changed over time since its beginning in 2012, improving the programme into one of the most stable and profitable in the whole Europe Union. While the first guidelines of the programme were exclusively for investments of €500K or more, into Portuguese real estate or capital funds, the rule changes opened up another bracket of €350k minimum asset - as long as the investment complied with certain requirements.

Those requirements pointed out that the investor should make an acquisition of a property constructed over the minimum period of 30 years, or a property located in an urban rehabilitation area, with the investor responsible for carrying out the total restoration of the acquired property. The total amount of investment would have to be equal to or greater than €350k.

Suffering growing pressure from the European Commission, which intended to regulate all the Golden Visa Programmes across the Union, the Portuguese Government announced, at the beginning of 2021, further changes to the programme. At the time, it was established that in Portugal the Golden Visa would have more regulations and strict requirements on the locations where the investment can be made. These current changes have been put into effect from January 1st, 2022 and are currently in effect.

Among other effects, these changes would limit the investment within the purpose of the Residency-Permit-For-Investment-Activity (ARI) in certain areas of the country now, residential properties located in the major cities like the Metropolitan Region of Lisbon and Porto would no longer be qualified for the Golden Visa Programme.

From January 2022 the Portuguese government implemented slight changes to the Golden Visa Programme that would encourage investors to look at all areas of the country instead of just looking at the major cities.

It is still possible to apply to the Golden Visa Programme through real estate investment in high population density areas such as Lisbon and Porto, however, the property has to be licensed for commercial or touristic purposes only. A residential property, in those areas, is no longer qualified for the Golden Visa investment.

In this case, a Touristic Property Licence would include hotels, resorts or serviced apartments that hold a touristic licence for 10 years or more. The property needs to be managed by one entity for that period and the investor is the freeholder of the unit and can sell the property at any time, although for the Golden Visa purpose, the investor needs to keep the property for at least 5 years until be able to request his permanent residence.

You can learn more about this subject in the Portugal Golden Visa Programme 2022 article, where we approach all the details of these recent changes in the Portuguese Golden Visa.

Following the subject, our CEO and Managing Director David Poston has recorded a video addressing these changes and what is the next steps for the visa, which you can watch below.

Comparing the Portuguese Golden Visa stats and the evolution of the investments between 2022, from January to October, with the same period of 2021, we can see that the changes haven’t affected the scale of investments. Their trust and will in the programme are highly reflected in the increasing search for the best high-return opportunities in Portugal’s real estate market. The total investment into real estate Property Purchasing, aiming to gain a Portuguese Golden Visa, in the 2022’ first months (January to October) is getting close to half a billion euros, ongoing with €419,900,222.50, a higher amount than the €336,815,963.70 invested during the same period in 2021.

Looking at the stats provided by the Portuguese Immigration and Borders (SEF), we can identify that the Residence Permits for Investment Activity (ARI), emitted between January and October 2022 also surpassed the numbers shown in the same period of 2021. In 2022 were issued 1.009 Residence Permits at that period, against 698 documents in 2021.

The top nations with the most residency permits in the period between January and October 2022 show slight year-to-year differences. Not only, do the stats show a change in the nationalities applying the most, but also, in the volume of applications in the top nations. While 2021’s January to October period we see China (237), the USA (68), and Brasil (40) topping the Portuguese Residence Permits list, in 2022 we find a different raking, with China (175) leading, followed closely by the USA (174) and Brazil (89).

However, the total number of Residence permits granted per nation, since the beginning of the Portuguese Golden Visa Programme in 2012, shows China leading the raking with 5,209 ARI issued, followed by Brazil with 1,148. In the third position appears Turkey with 534, then the USA with 495, and closing the top five nations, we have South Africa with 483 Portuguese Residence Permits granted to its citizens.

In both time intervals compared, between January and October, we see that the preferred investment target to apply for the Portuguese Golden Visa Programme remains the same: Real Estate. In 2021’s January to August period, we see €500K real estate investment option preferred by the investors, with 439 residency permits approved, against 182 through the €350K investment possibility. In 2022 these numbers show stability for the real estate investment permits with the highest approval keeping in the €500k option. In the same period in 2022, we have 400 permits issued for the €350k, against the 408 approvals for the €500k option.

As SEF monthly releases the 2022 ARI reports, Portugal Homes will keep the analysis of the Portuguese Golden Visa programme stats and evolution to guarantee the best investments to our investors’ clients. As 2022 draws to a close, the changes implemented in January 2022 by the Portuguese Government prove to be a positive measure for the continuation of the Programme. More than ever, the Portuguese real estate market proves to be desirable and advantageous for international investors and buyers.

Navigate to our news page for more information about Portugal and its real estate investment sector. 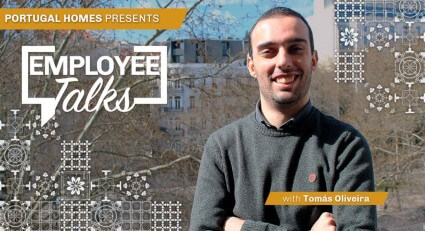 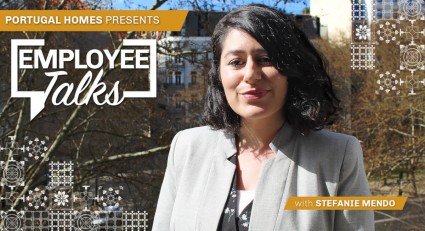 Employee Talks with Stefanie Mendo, Content Marketing Executive
Stefanie is from Vancouver, Canada, and arrived at the Harland & Poston…