There are currently 17 UNESCO World Heritage Sites in Portugal, but the list does not end here. Portugal also has 7 assets on the Representative List of the Intangible Cultural Heritage of Humanity, with a total 25 classifications

Portugal’s World Heritage List comprises historical centres, archaeological sites, cultural and natural landscapes and ancestral customs. All of them are places and expressions of the unique Portuguese culture.

Looking at the various Portuguese regions, each of them has its own cultural and historical legacy: cities, monuments and landscapes that tell us part of the history of the world. UNESCO agrees, which is why it has already granted World Heritage status to 25 properties.

Portugal is undoubtedly a country with a rich history and worth exploring from end to end. Here follows the list of the sites in Portugal classified by UNESCO as World Heritage of Humanity. The list includes well-known places, such as the Monastery of Batalha, but also surprising areas, such as the volcanic landscape of the Pico vineyards, and others where nature is honoured, such as Madeira’s Laurissilva Forest.

1. Monastery of the Hieronymites and Tower of Belém (1983)

You can find these two Manueline monuments, a symbol of the maritime expansion, in Belém district, in Lisbon. Both the monastery and the tower are among the most visited monuments in the country and stem from the vision of King D. Manuel I, who commissioned this remarkable work of architecture in the early 16th century. Knots, strings, armillary spheres and Christ crosses are present on the facades of the two buildings, one built for religious purposes and the other for military functions.

The Monastery of Santa Maria da Vitória was built under the orders of João I’s King, in acknowledgement of the Portuguese triumph against the Spanish in the Battle of Aljubarrota in 1385. Considered the major monument of the Portuguese Gothic style and one of the most beautiful monasteries in Europe from the late Middle Ages, it’s certainly worth a visit.

The Historic Centre of Angra do Heroísmo was a mandatory stopover for the sailing boats travelling between Europe and other continents during the 15th and 19th centuries. It is the largest city on Terceira island (Azores) and has many relics of this golden past. You will find more than 400 years old imposing military fortifications in the historic centre and, close to its bay, more than 80 wrecked ships. These waters are said to hide untold treasures.

The famous convent’s Manueline window is in all history books. The convent is notable mainly for its historical significance and artistic importance. It was the headquarters of the Knights of the Order of the Templars and, later on, of the Order of Christ, who supported Portugal’s maritime discoveries in the 15th century.

The construction work done over the centuries displays Portuguese art history as it embodies features from Romanesque art, Templar symbolism, Gothic and Manueline styles, Mannerism and, finally, from Baroque style.

Évora is the capital of Alentejo’s region. It is filled with impressive historical and cultural landmarks. The city’s roots go as far back as Roman times. The ruins of the Temple of Diana are the most iconic from that period. Three centuries later, during the Moorish period, a fortified gate was built to improve the city’s defensive system. In the 15th century, when Évora became the Portuguese King’s residence, several royal palaces started to pop up. St. Claire Convent and the convent of São Francisco are some examples of those. Its historic centre is also known for its whitewashed houses decorated with tiles and wrought-iron balconies. The historic centre of Évora was included in the UNESCO World Heritage list in Portugal in 1986.

The Monastery of Alcobaça is one of the most important European Cistercian abbeys. It was founded in the 12th century and took more than a century to be completed. Today, the Royal Abbey of Santa Maria de Alcobaça remains one of the best-preserved buildings of the Cistercian religious order in Europe. The building impresses with simplicity and grandeur: in addition to the exciting tombs of D. Pedro and D. Inês, be sure to appreciate the largest medieval cloister built in the Portuguese territory (Claustro do Silêncio).

Protected by the mountain that gives the town its name, Sintra was one of the first places in Europe to rehearse romantic architecture in the 19th century. As a result, the village hides one of the most beautiful national secrets: Pena Palace, which mixes, in a genius way, Gothic, Egyptian, Islamic and Renaissance architectural elements. This Cultural Landscape also includes Castelo dos Mouros and Palácio da Vila.

Explore the romantic side of Portugal, Sintra here

The historic centre of Porto was added to the UNESCO list in the 90s. The classified nucleus includes the old part of the “Invicta” city: Sé, Church of Cedofeita, Clérigos Tower, Stock Exchange Palace (Palácio da Bolsa), Dom Luís I bridge and the Monastery of Serra do Pilar on the opposite side of the river, in Vila Nova de Gaia. In fact, you have to cross the Douro river to properly appreciate the colourful houses on Porto’s river shore and the authenticity of the alleys that go down to Foz.

Explore the 5 top things to do in Porto

Porto is one of the friendliest cities in Europe

In the Côa River Valley, there is an immense rock art gallery, which stretches for several kilometres. It is said to be the world’s most extensive set of Paleolithic art in the open air. There are thousands of engravings in shale and paintings of animals and human figures, which led to the creation of the Vale do Côa Archaeological Park and, shortly afterwards, to the UNESCO classification. A visit to the modern Côa Museum allows you to understand this unique heritage better.

On the north-facing slopes, the primitive forest of Madeira, with an area equivalent to 20% of the island, has survived five centuries to human intervention. Laurissilva maintains its subtropical characteristics, representing the largest and well-preserved spot in the Atlantic islands. It contains a wide variety of plants and animals, including many endemic species such as the Madeiran long-toed pigeon.

The “exceptional” preservation of the historic centre of Guimarães was one of the reasons why it got the distinction as a World Heritage Site in 2001. It features architectural works from the Middle Ages to the 19th century. The city also has a high symbolic value for the country as it was the birthplace of the Portuguese nation. Besides visiting the Castle and the Palace of the Dukes, it is worth getting lost in the medieval atmosphere of the squares in the centre.

The Douro Valley is considered the oldest demarcated wine region in the world - 18th century - famous for producing the Porto Wine. The valley is filled with planted vines for many centuries, which has created a unique landscape of exceptional beauty. According to each season of the year, the fields are filled with different colours.

In Pico Island, a mountain emerges from the sea, with vineyards planted in black lava fields.

In its dark soil, high-quality wine is produced. The island has been experiencing a surge in grape growth over the last decades, especially the Verdelho type. Hence, the vast fields form the unique “Landscape of the Pico Island Vineyard Culture.”

14. Garrison Border Town of Elvas and its Fortifications (2012)

Near the Portuguese-Spanish border, we find the largest bulwarked fortification in the world, which enclose a perimeter of nearly 10 km. Only from above, we can see the star shape of its construction. It was built during the reign of D. Sancho II and was fundamental at the time for the defence of the area. The UNESCO-listed sites also include several monuments: the castle, the forts, the walls and the magnificent Amoreira aqueduct, with 843 arches.

The University of Coimbra is the oldest university in Portugal and one of the oldest in Europe. It played an essential role in the dissemination of scientific knowledge in the country. Listed as World Heritage in 2013, the university operates under the name of University of Coimbra Alta and Sofia and comprises 31 buildings used for teaching and science-related activities. Some of its monuments are Paço Real, decorated with a sublime neoclassical archway, University Tower, with clocks on each side, “Cabra”, its most famous bell, and Chapel of São Miguel, with a beautiful Manueline portal. However, the most precious gem is Biblioteca Joanina. It is considered one of the most beautiful libraries in the world as it features detailed painted ceilings, carved tropical wood and gilded wood carving, representative of the Portuguese Baroque style.

Besides being an important Portuguese Catholic shrine, the Sanctuary of Bom Jesus is a formidable architectural and landscape complex. It is worthwhile to appreciate the artistic styles (Baroque, Rococo and Neoclassical), but also the symbolism of the images of the long staircase, as well as the engineering of the oldest hydraulic funicular in the world, which is still operating.

Did you know Braga was elected the best European destination to visit?

The Royal Building of Mafra is an example of the Baroque style - one of the most relevant in Portugal. It is about 40 km from Lisbon and deserves a day of sightseeing. The Royal Building of Mafra, which includes the Palace, Basilica, Convent, Cerco Garden and Hunting Park (Tapada), is one of the most emblematic architectural works of the 18th century. Also, don’t forget to visit the huge library, which shelters a collection that spans more than four centuries.

In addition to the physical sites, Portugal saw some of its intangible heritage recognised by UNESCO. The most emblematic element of the list is Fado (2011). With its origins in the historic Lisbon’s districts of Mouraria, Alfama, Bairro Alto and Madragoa, it is a landmark of the country.

Still on the subject of music, Canto Alentejano (2014), a unique musical genre from the Baixo Alentejo region, was also awarded by UNESCO. It is sung in chorus by groups of men and women, without musical instruments, and it is one of the most genuine traditions in the country.

The Mediterranean Diet (2013) is also part of Portugal’s identity. Besides being part of the country’s gastronomy, UNESCO considers it a lifestyle, thanks to the conviviality, celebration and transmission of knowledge at the table. Bread, olive oil, wine and fish are part of the eating habits that characterise this diet. In fact, Portugal was revealed to be one of the healthiest places to live, being its gastronomy one of the main factors. 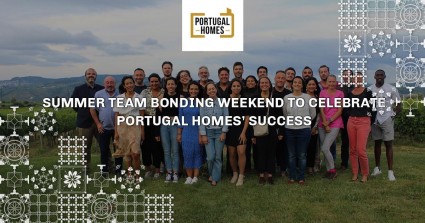 Summer team bonding weekend to celebrate Portugal Homes’ success
In the past year and a half, a lot of amazing people joined Portugal Homes…
Next Article 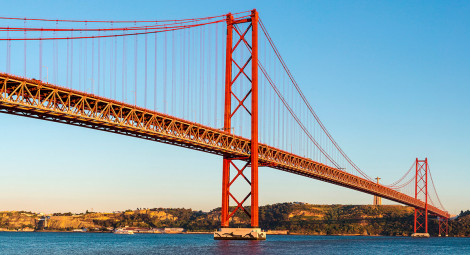