Are you moving abroad?

Organizing a relocation is not something you should do on your own. At Portugal Homes, many of our employees are expats themselves so we understand your needs when moving to Portugal, and offer you the essential information to help you move and live abroad easily.

If you’re moving to Portugal with your family, you will surely need to enroll your children in good schools. Within the Portuguese education system, there are options that fit every budget (public, private and international schools), however, if you plan to raise your kids in a multicultural setting, then international schools might be the best option. Also because of the unique challenges you face when moving to a new country, you may want to enroll your kids in schools that teach in your native language but also enables them to learn Portuguese.

SEE ALSO: Portugal-born immigrant children may become Portuguese as long as one of the parents is resident

Are international schools free in Portugal?

All citizens and international residents have free access to public schools, while private schools require a considerable amount of money in fees. As a result of this, private schools in Portugal grant a qualified education except for universities. On the other side, private schools can be rather pricey. Prices vary per school, but you should expect to pay between 400 and 500 EUR a month for private schooling from elementary through high school.

You will be asked to pay annual registration fees of around 300 EUR, as well as books that may cost up to 300 EUR.

The British School of Lisbon is a preparatory school that teaches children from 3 to 8, also offering nursery school to year four. This school is chartered by The Schools Trust, a UK-registered international school trust, responsible for the development of international schools worldwide.

International School of Cascais is a member of the Association of Christian Schools International - ACSI and has an American teaching style. This school is directed for Christ-followers, who look to develop their intellectual potential through high academic, spiritual and character standards, in order to positively impact their world for Christ.

St. Julian’s School is located in Carcavelos and was founded in 1932. This British institution has more than a thousand students from more than 40 different nationalities.

Greene’s Tutorial College Estoril is a sister college to the oldest tutorial college in Oxford, UK, specialising in the British curriculum, helping students navigate their IGCSEs and A-Levels. Greene’s provides individual study programmes based on each student’s learning style. Full-time and part-time students learn through face-to-face and online private tuition. Pace and goals are delivered by thoughtfully selected, inspired tutors. Internal students and private candidates can sit examinations at Greene’s for both Cambridge International and Edexcel boards.

Deutsche Schule Lissabon is one of the best private German international schools situated in the Lumiar district. Established in 1848, this school is the oldest German school in the Iberian Peninsula! It consists of a primary school with kindergarten and a secondary school.

Curiosity: Bryan Adams studied in CAISL in the year of 1987.

CLIP was founded in 1990, with a class of 44 students. Currently, the school has approximately 1,150 students, aged between 3 and 18 years old. This is one of the largest international schools in Portugal.

Luso-French College is a teaching institution for the Franciscan Missionaries of Our Lady, and it has more than 80 years of history. The Catholic school, which is housed in a mansion dating from the 20th century, is one recognized for its excellence in teaching.

Located in the middle of leafy greenery, the Lycee Francais International School in Porto is part of the Agency’s Worldwide Network for the teaching of French Abroad (AEFE) and receives over a thousand students from preschool to the 12th grade.

Oporto British School is the oldest British school in Europe and was established in 1894 in Foz do Douro. This is a private, day school for both boys and girls, aged 3 to 18, following a British curriculum system until the completion of the IGCSE.

Best schools in the Algarve

Nobel International School Algarve is the oldest private school in southern Portugal, and there are more than 30 different nationalities’ students here. It offers a range of programs for students ages 3 to 18.

Vale Verde International School offers secondary education to an international student body. The school was established in 2002 and has achieved a 100% pass rate for all students in all subjects each year.

Portugal has become the centre of entrepreneurship. More and more, the country is valuing businesses that motivate variety, which is why Lisbon has been the stage for Web Summit for the past 3 years, as the founder believes that “Portugal is a startup nation”.

Portugal is growing into a cosmopolitan spot for all kinds of nationalities. Besides growing next to varied mindsets and ways of living, choosing an international education and the best school in Portugal for your children is also a gateway to a successful curriculum and professional future for them. They are able to stimulate their most imaginative sides and develop their critical thinking, as the best international schools value and motivate their individuality and creativity. 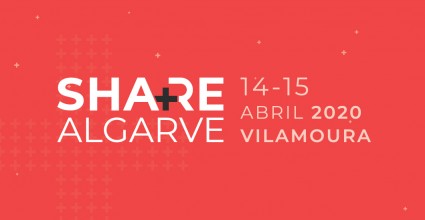 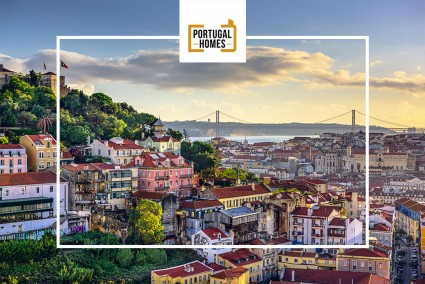 Get a Portugal Golden Visa for 400.000€
Golden Visa is a very straightforward program with a clear set of criteria.…