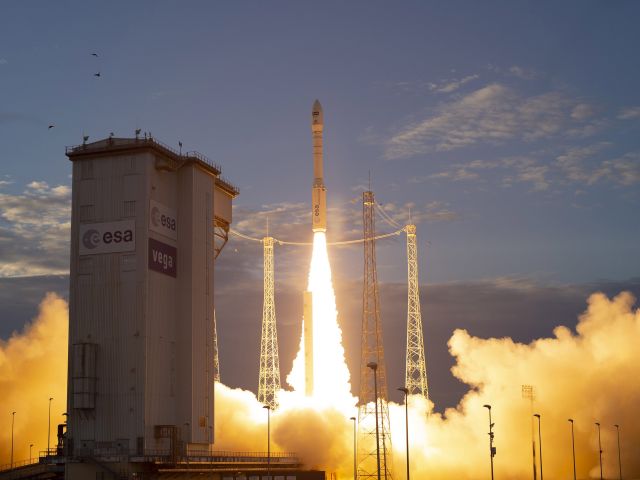 European satellite Aeolus, which will study the Earth’s winds and includes Portuguese technology, has been launched from the Kourou space base in French Guiana, the European Space Agency (ESA) said.

Aeolus was launched on board a Vega rocket and was placed in orbit 55 minutes later at an altitude of 320 kilometers for a three-year mission.
The launch of Aeolus (the name of the god of the winds in Greek mythology) was scheduled for Tuesday 21 August, but was postponed until the next day due to “adverse weather conditions,” according to the ESA.
The satellite, which carries equipment manufactured by Portuguese aerospace companies LusoSpace and Omnidea, will enable scientists to collect information on wind speed in near real time.
LusoSpace has supplied two magnetometers (instruments that can map the Earth’s magnetic field), while Omnidea produced and tested the valves that ensure the cleaning of the optical component of Alladin, Aeolus’ main instrument, which has a telescope and a ‘laser doppler’.
According to the ESA, the satellite has state-of-the-art laser technology that will measure ground winds and collect information about clouds.
The satellite will fire pulses of (invisible) ultraviolet light into the Earth’s atmosphere, a method that is considered innovative to establish the wind profile from space.
The data collected will, according to the ESA, improve understanding of how the atmosphere works, contribute to climate change research and assist in forecasting extreme weather events such as hurricanes and El Niño.
The recorded data may also be used in air quality models to improve predictions of dust and other airborne particles affecting public health.
Currently, information on winds is obtained from weather balloons, ground instruments, aircraft, tracking of the movement of clouds and satellite instruments that measure the wind near the surface of the oceans.

(4min read) Once upon a time, there was a mystical and involving place in Portugal, a true…
27
Jan

Green light to a new…